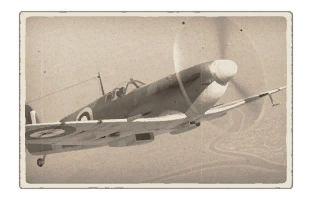 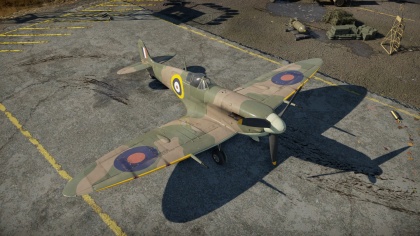 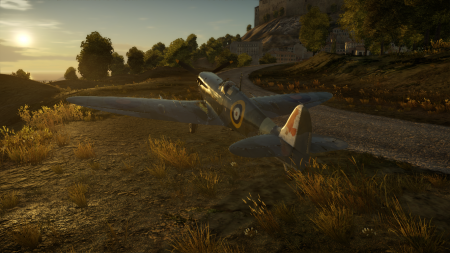 A spitfire Mk IIb, perched on a hill...

In order to use your plane most effectively, you need to know your opposition inside-out, but also your own plane (Perusal). In order to fight, you need to plan your every move well and have a good idea of how you're going to start your match and at what point you're going to RTB (Planning). You need to know and be prepared to fight enemies that may have better performance than you in a turn, in the vertical, in a straight line, or all three (preparation).

An example of an attack made using the machine guns to "aim" the cannons. This attack was done with a spitfire Vb/trop, but it should be actively used in any spitfire with .303s coupled with cannons (Spitfires iib through F Mk IX)

Go for deflection shots against enemy aircraft. These shots are side-on shots where you "lead" an enemy aircraft in front of you, and get off a burst when you're not directly behind them, but instead when they're turning. While this may be difficult to newer players, it provides valuable training and is a good learning experience for later tiers. In addition, should you use this technique, you can easily cause enemy planes' wings to completely fall off if you pull it off right and hit a wing spar. Bf-109s, with their single wing spars, are especialy vulnerable to a well-aimed side-on shot. If your cannon ammo drops to 50 rounds or below that, try and return to base quickly. That way, if you get bounced on the way back, you can at least have some cannon ammo left to surprise any raider looking to kill you.