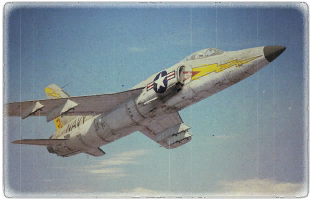 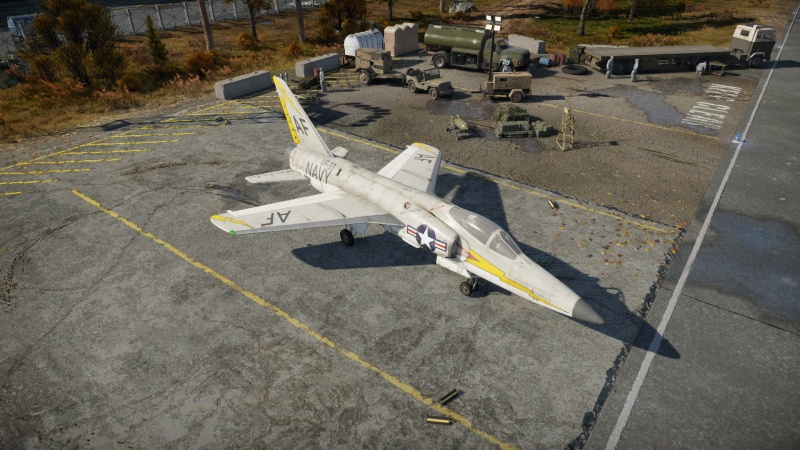 The manoeuvrability depends a lot on its speed, when the plane is flying at 500 km/h IAS or below it gets really bad, every subsonic fighter will be able to outturn the F11F, but it gets better once it reaches 700 km/h and above. The best speed for sustained turning is ~650 km/h IAS, at that speed it can perform full horizontal circle at sea level in 24 seconds. The jet does not lock up even when close to Mach 1 speeds and it can easily lose a wing after pulling too many G, mainly because of its low allowed G limits. Basically, the Tiger is very bad at low and medium speed dogfighting, but gets better above 650 km/h IAS, at that speed it is on par with the F-100D, but still nowhere close to the MiG-19 or Swedish A32A and J32B. Its roll rate is as good as in the F-86 series: it can reach up to ~250 degrees per second at its optimal speed, that can make it very hard for the enemy to land some hits on it and make it easier to force the enemy to overshoot. The airbrake on this plane is effective only above a certain speed and not so effective during landing. It makes the plane very hard to slow down in a straight line flight because it can not be used when the landing gear is extended. Using flaps will also not help that much in that situation and since it can be deployed in one position, the one for landing, its usefulness in combat situations is questionable. 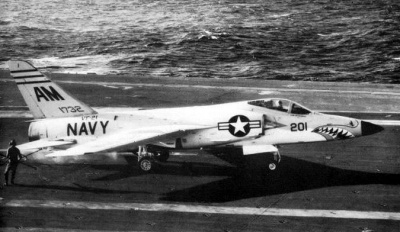