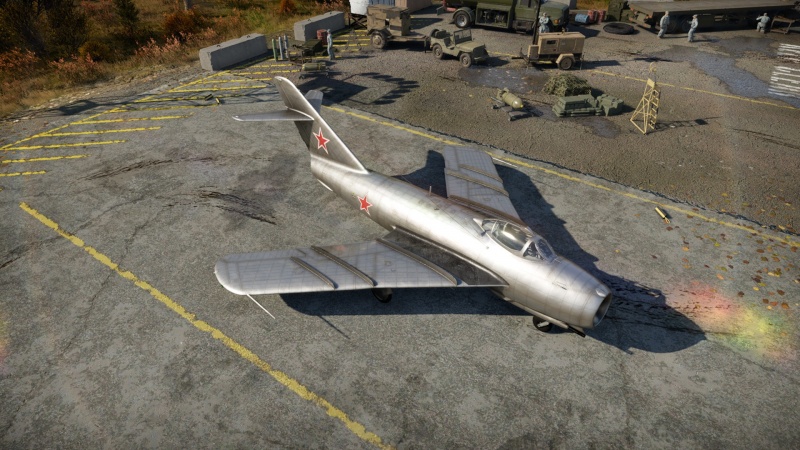 The MiG-17 can best be described as a more user-friendly MiG-15bis. It features a much better roll rate, compresses less at subsonic speeds, and pulls harder, yet has worse acceleration and energy retention, as well as low speed performance, as well as being easier to rip. It is also the lowest battle rated Soviet plane to be able to breach Mach rated speeds under normal combat conditions.