Difference between revisions of "B-10B" 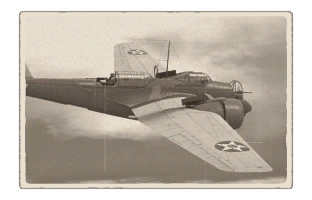 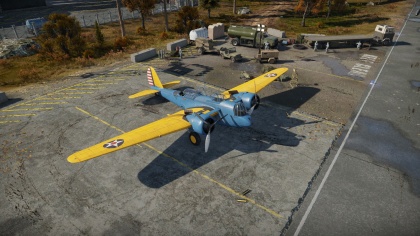 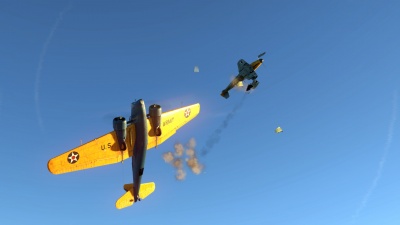 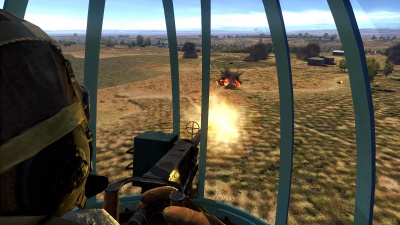 The B-10 started out as a private venture by Glenn L. Martin Company in 1932 as the Martin Model 123. It had a number of features that were revolutionary at the time. These included an internal bomb bay, retractable landing gear, and rotating gun turrets. The model 123 did not have fully enclosed crew stations; there were 4 crewmembers. The Model 123 was delivered to the Army for testing in March of 1932, and was designated as the XB-907. It was sent back to Martin for redesigning and was designated as the XB-10. It differed from the Model 123 in that it had a full engine cowling, larger wingspan, fully enclosed crew stations, and a reduction in crew to 3. The Army ordered 48 in 1933, and the first 14 were designated as YB-10, and served as mail carriers for the Army Air Corps Mail Operation.

The Army ordered an addition 103 aircraft in 1935, which were called the B-10B. These had a more powerful engine. In February 1936, the B-10B's dropped food and supplies to Tangier Island in Virginia and Smith Island in Maryland. The Chesapeake Bay was frozen over by a winter storm, and the only way to get supplies to the islands was by air. Otherwise, the islanders would have starved. In 1936, the last of the Army's orders had been completed, and Martin was given permission to export the B-10. The B-10 was exported to Argentina, China, The Netherlands, The Philippines, Siam (Thailand), Turkey, and the Soviet Union. Notably, Chinese B-10's were used to drop leaflets on Japan during the Sino-Japanese War. Dutch B-10's also fought in the Dutch East Indies against Japan.

The B-10 was a huge advance in technology. It was so advanced at the time, that it made all pre-existing bomber designs obsolete. The B-10 set the trend for bomber designs in the years to come. By the time World War 2 was initiated, the B-10 itself had become obsolete, and was replaced by more capable designs, such as the B-18 and B-17.