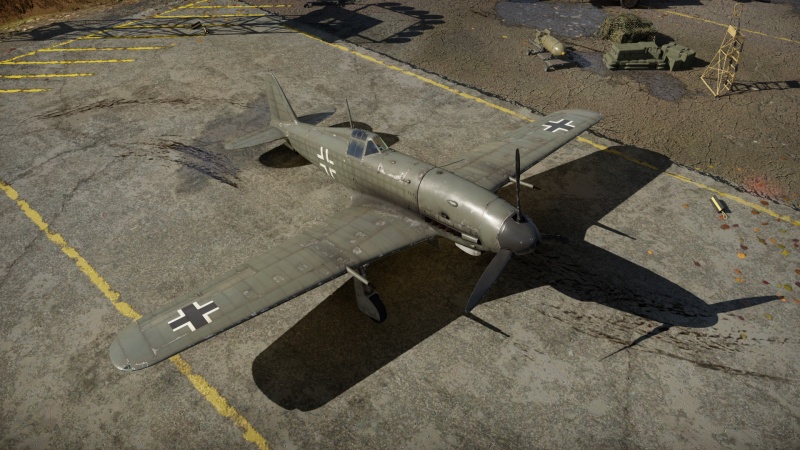 One does not have to worry about the aircraft's ammunition, as you are given an absurd 800 rounds total (300 in the nose-mounted gun plus 500 rounds, 250 in each of the two wing-mounted cannons) and have access to the universally feared minengeschoß round that will destroy anything in a few well-placed hits