From War Thunder Wiki
Jump to: navigation, search
Re.2001 gruppo 22 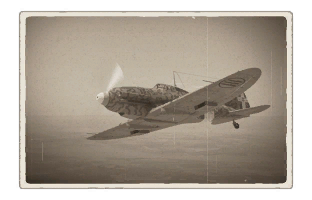 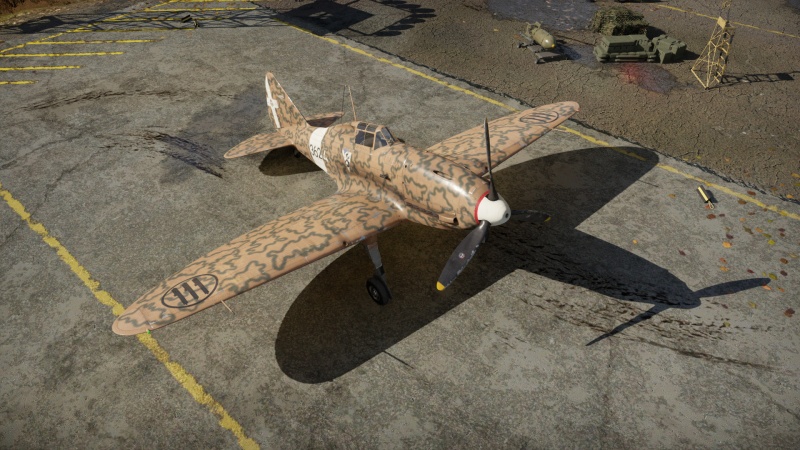 This Italian plane is best used as an energy fighter and can be a very good start to learn how to use Italian planes. The plane climbs and dives very well, it can reach a high speed quickly, but like every Italian plane in this rank, controls will be stiff above 500 km/h (310 mph) IAS. The best performance is between 400 to 500 km/h (248 to 310 mph) IAS, but in a swallow level flight the max speed is 450 km/h IAS. To be in the above-mentioned speed range, climb up to 3,000 m, and then dive onto the enemy. If the enemy is more than 2 km below, cut your throttle to 0% and only increase once at the same altitude as the enemy and started to losing speed. Diving or climbing straight at a 90-degree angle will cause the engine to shut down due to fuel cut-off. With its excellent structure, it is able to reach a top speed of 760 km/h in a dive and surprisingly it does not suffer from the reduction in manoeuvrability due to the high speed. It is not recommended keeping the WEP for a long time as the aircraft is not very cooled and could overheat in a short time.

The Re.2001 gruppo 22 is a very solid fighter and resistant to fires. Its fuselage can withstand rifle-calibre MG fire. Unfortunately, this aircraft is not equipped with bulletproof glass, which makes it very disadvantageous in frontal attack.

The Re.2001 gruppo 22 is a fairly easy aircraft to operate. It is an airplane more focused on energy fighting, but with the right conditions it is able to give an excellent turnfighting airplane, being able to keep up with more manoeuvrable aircraft such as Spitfires. Being a very balanced aircraft, it adapts to the playstyle of almost every player, it is recommended to take altitude and stay in the medium-low altitude range.

The Re.2001 fighter biplane was developed by Roberto Longhi, an Italian aeronautic engineer, who designed various planes such as the Re.2000, Re.2001, Re.2002, Re.2003, Re.2004 and many others. During the production of the Re.2000, Roberto Longhi started to design a new plane with a powerful engine and after it will become the Re.2001.

The first flight of the Re.2001 took place between 22 and 24 June 1940 specifically the first prototype MM.409, later many variants were built and after the armistice of Italy, were used on both sides by both the RSI and Italy Co-belligerent Air Force. The Re.2001 participated the War on Malta, the Mediterranean theatre and the air defense of RSI.

the Re.2001 Serie I has an Alfa Romeo R.A.1000 RC.41 that gives very good performances in flight with a good acceleration and a good speed of the airplane of 543 km/h at 5,470 m of altitude but had problems of reliability the engine because it could overheat too much and damage the engine, the airplane as armament has two 12,7 mm Breda-SAFAT and two 7.7 mm Breda SAFAT. 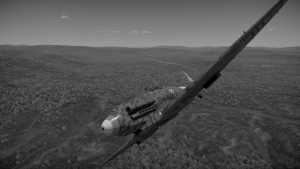 Re.2001 22°Gruppo during air surveillance

From its full name "22°Gruppo Autonomo caccia terrestre", 22nd autonomous group, the 22° Gruppo was born in July 1918 and fought during WW2 on the Eastern front from 29 July 1941 until March 1942, then returned on 4 May 1942 where at the end of June the Group received the first Re.2001 (at the beginning Re.2001 CB and some Re.2001 Serie I). After receiving these aircraft, the 22° Gruppo participated in the aeronaval war in the Mediterranean. After this, the 22°Gruppo fought during the Air Defence of Italy and at the end of the Second World War was renamed Gruppo Intercettori and integrated to the 51° Stormo.