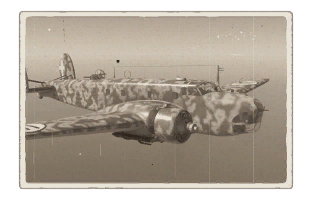 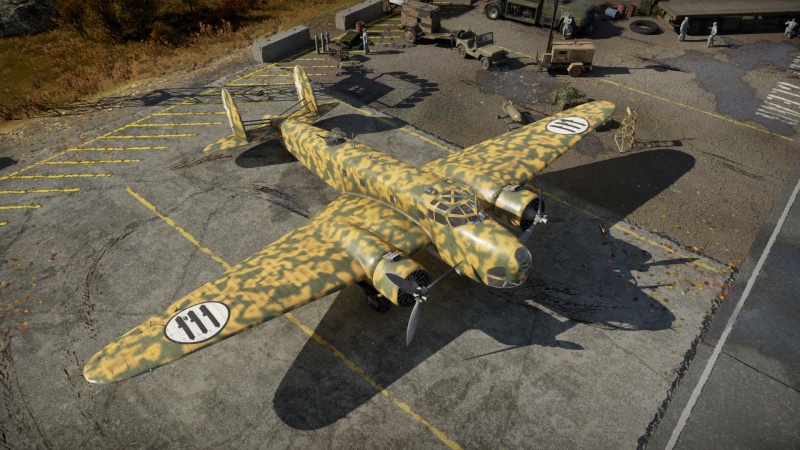 The B.R.20M M1 is a rank I Italian bomber with a battle rating of 1.7 (AB/RB/SB). It was introduced in Update 1.93 "Shark Attack". Something players will notice after getting this aircraft is that while the fuselage remains overall unchanged from its predecessor, the B.R.20M M1 has a redesigned nose, with a smaller glass area for the gunner, and more glass at the lower section of the nose.

The B.R.20M M1 can be outfitted with the following ordnance:

The B.R.20M is an all-round medium bomber with a variety of bombs from 50 kg to 800 kg, making it potent against all manner of targets, even heavy tanks. It is not an attacker, so best not use it as one. Still, it is equally good at attacking tactical as well as strategic targets (just bring a friend as escort).

Designed by Fiat's Celestino Rosatelli in the mid 1930s and first flying 10 February 1936, the "Bombardiere Rosatelli 20" (B.R.20) Cicogna (Stork) was an advanced design with a first for Italy all metal structure of duralumin. The fuselage was a space frame structure with the forward half covered in sheets of aluminum and the rear half fabric covering, including all the tail surfaces. The wing was all clad in metal, but the ailerons were also fabric covered. This may seem unusual compared to better known modern semi-monocoque structure, but it was a very common and effective design for the 1930s.

Typical with Italian aircraft was the retractable turrets and wind driven electrical turbine which was also retractable. The engines and propeller were domestic modifications of foreign makes, and the armament was Italian Breda-SAFAT machine guns in Breda designed turrets. Overall it proved to be a successful machine for the Italians and very competitive with foreign types then in service.

Early on it was earning awards for long distance and payload competitions and was an easy-to-fly stable platform. During the Spanish Civil War it did well with very few losses. This caught the attention of the Japanese Army, who had an urgent need for bombers, and the B.R.20 was chosen after a cursory review of other candidates. Eventually the Japanese purchased 82 fully equipped bombers, a huge purchase for the time. It served well in China, and was almost as good as the first of the Ki-21s, however the defending fighters were more numerous and better than in Spain and losses mounted.

After war in Europe broke out and France was defeated, Italy sent a contingent of B.R.20s with fighter escorts to attack England with Germany. There the age of the Cicogna was apparent as losses were extremely heavy. Not even 4 years old, these bombers where clearly vulnerable to and rapidly being outclassed by new aircraft like the Ju 88 and A-20. Unfortunately the Italians were slow to make a better replacement, and the B.R.20 had to soldier on.

For the last few years of Italian belligerence, the B.R.20 was used in less active theatres, avoiding strong defences and managing to eke out some success in the Mediterranean and East Europe until the Italians surrendered. After the Italian Armistice the 67 remaining aircraft were used for mundane duties and training. The last was retired in 1946, none were preserved, only dusty photos and a few scattered parts remain.

This model, the "M", was improved over the original with lightly longer nose, more powerful engines, and the top turret replacing the 7.7 mm with a single 12.7 mm retractable powered turret.