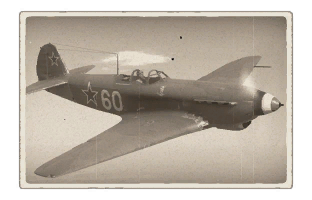 Challe's ▄Yak-9T is a rank III premium French fighter with a battle rating of 3.7 (AB) and 4.0 (RB/SB). This aircraft was introduced in Update 1.73 "Vive la France", released later to commemorate the 75th anniversary of the French-Soviet squadron "Normandie-Niemen" on 24 November 2017. This version is modelled after the Yak-9 flown by French pilot René Challe.

Challe's Yak-9T has so far been made available only during the 75th-anniversary event for the Normandie Niemen Soviet-French squadron as a purchasable premium. 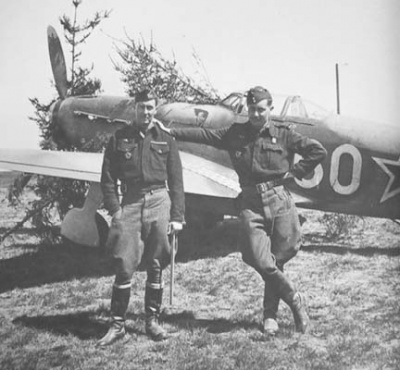 The Yakovlev 9-T or Yak-9 as it is most popularly referred to in-game, being the most popular of the Yak 9 variants, is best played differently depending on the situation the pilot finds him/herself in.

To begin, make sure that you take off and immediately climb. A twenty-degree angle may be too much to handle depending on the number of upgrades purchased on the aircraft, so initially, a fifteen-degree climb will suffice. With it, the pilot keeps much-needed speed and agility. Altitude advantage over your opponent is always preferred, and most pilots of the tier that the Yak 9T fights, do not choose to climb over 2,000 Meters (6,561 feet) A good altitude to climb to is 3,000 Meters (9,842 feet) to gain the altitude advantage over the enemy. Be advised this will not always be the case and some enemies will climb above you, if this happens, try to make them bleed energy until they are slower than you and turn-fight them.

At high altitude, the Yak 9T is best suited to energy fighting, which means using the Yak's good energy retention to zoom at an opponent, shoot at them, and then climb up and turn back to your opponent and give chase. They Yak at mid to low altitude is best suited to turn-fighting against all nations except for the Japanese. If facing the Japanese, use the same energy fight tactics as stated above, as Japanese planes will be unable to give chase due to low energy retention of their lightweight aircraft. The Yak-9T comes equipped with flaps, it is critical you use them, as performance is significantly increased in a turn-fight with them opened.

The Yak 9T and typically speaking, all Yak aircraft suffer from constant engine overheat which requires properly watching the temperature to ensure it does not stay critical for too long or the engine will die and the plane becomes subject to the laws of gravity. Keep eyes on the temperature at all times. The best advice is to keep the throttle at 90% or lower when not in combat. The Yak-9T is best suited for flying in colder maps, however, if on a hot map, gain altitude and cruise at 85-90% throttle.