Difference between revisions of "Ki-61-I tei" 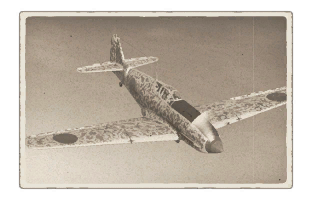 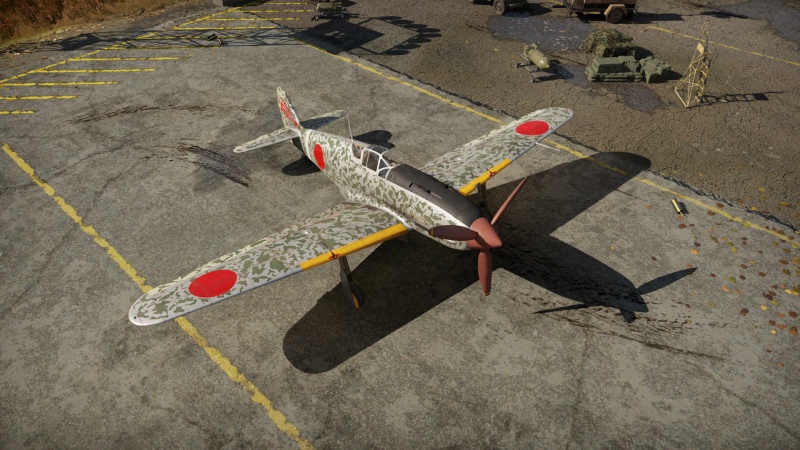 The Ki-61-I tei can be outfitted with the following ordnance:

In Sim, the Ki-61 can be used in Boom and Zoom fighting, turn fighting, intercepting and some ground pounding. The Ki-61 is overall a pretty friendly plane to fly. It is quite fast, handles nicely at all speeds, has decent visibility especially over the nose, climbs great and has good armament. However its main disadvantage is the weak protection.

Only elevator trim is available, so when the stick is at its dead zone, the Ki-61 will roll and yaw to the left side. Therefore you always need to pull the stick to the right which can get a bit annoying. Usually, a trim of around -7% is enough. But when carrying the 2x 250kg bombload, no negative trim is needed.

For dogfighting, it is always safer to enter with an altitude advantage. Most dogfights in sim happen below 3,000m so the Ki-61 can easily climb up to that altitude. As mentioned in the description, its climb rate is actually great, don't get misled by the stat card. Once at an advantageous height, boom & zoom the enemies. The Ki-61 can easily accelerate to more than 550 km/h in a dive which is decently fast but requires more precise maneuvers to get the correct lead, since the faster you go the smaller the shooting window is. A successful pass will usually cripple the enemy. Aside from BnZ, the Ki-61 is also excellent at turn fighting - with the appropriate opponent, of course. Except a few dedicated turn fighters, the Ki-61 can out-turn and get on most opponents' tail with combat flaps deployed. Note: do not turn with Spitfires or Zeros, you will never out-turn them. If you see a plane with a streamlined inline engine and large, elliptical wings (Spitfire) or something with rounded wingtips and stabilizer tips, a radial engine and a pointy tail (A6M), try some defensive maneuvers like barrel rolls or disengage by diving towards a nearby friendly airfield. Note that the Ki-61's roll rate is very average so avoid maneuvers like scissors.

When intercepting planes, it is crucial to know what the target is, because most targets can easily damage you in return. If it is a bomber/attacker with decent defensive firepower or great turret coverage then you might want to disengage after some attempts if you don't want to die. From the hard-hitting M2 Browning to the fast-firing MG 15, any gun can critically damage the Ki-61 especially on the engine, fuel tanks, and pilot which can always lead to a later crash. Before attacking try to get an altitude advantage and perform deflection shots. To maximize the damage it is better to aim for their wings and engines, as the fuselage usually soaks up quite some bullets. Only fire when the bomber passes in front of your guns. This short window might seem inadequate to do anything, but the 2x 20 mm & 2x 12.7 mm armament can easily down a bomber with 1-3 passes. DO NOT follow behind a bomber's 6 unless you are sure that its tail gunners are unconscious. Chasing behind a bomber makes yourself pretty much stationary for the tail gunners, and you will be showered with bullets.