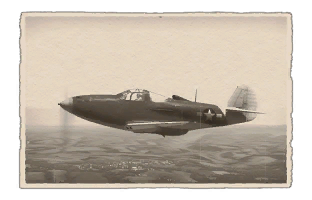 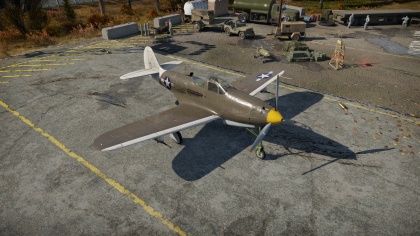 Designed by Bell Aircraft, it had an innovative layout, with the engine installed in the center fuselage, behind the pilot, and driving a tractor propeller with a long shaft. It was also the first fighter fitted with a tricycle undercarriage. Although its mid-engine placement was innovative, the P-39 design was handicapped by the absence of an efficient turbo-supercharger, preventing it from performing high-altitude work. For this reason, it was rejected by the RAF for use over western Europe but adopted by the USSR where most air combats took place at medium and lower altitudes.

Together with the derivative P-63 Kingcobra, the P-39 was one of the most successful fixed-wing aircraft manufactured by Bell Corporation.

The Q series became the most numerous and advanced of all the Airacobra family. It was a direct successor of the N series. The whole propeller-engine group remained unchanged: the Allison V-1710-85 engine, the reduction gear, the elongated shaft and the Aeroprop type propeller. Because of this, the flight characteristics remained virtually unchanged. However, a more efficient four-bladed propeller was fitted to the series from Q-21 to Q-25. As for the alterations, they mainly concerned the armament. The inefficient wing machine guns of rifle caliber were removed and usually replaced by two 12.7 mm Brownings in pods under the wings. But these were not always fitted. Most of the aircraft sent for export to the USSR had no wing machine guns. The suspension tank of 87 gallons was replaced by the standard 120 gallon tank. A tank of 110 gallons (416 l) capacity was used in the Q-5 series.

The differences between the various Q series consisted mainly of the search for the optimum combination of armor protection and internal fuel tank capacity. Takeoff weight, range and load varied from version to version. Altogether, beginning with Q-1 and ending with Q-30, eight series of the fighter were built, to a total number of 4699 aircraft. Of these, 3291 were exported to the USSR. Furthermore, a few reconnaissance versions of this aircraft, fitted with photo-cameras, were built on the basis of the Q series.