I like to help players understand how to play and I like to share my ideas and tactical concepts of the game. So the game remains a good time for any player and not suffering at all. I main Britain

but always enjoy learning and understanding all the vehicle playstyles in the game, no matter the nation.

My favourite and constantly played mode is Realistic battles because I consider it compiles the best of both Arcade and Simulator battles. However I enjoy playing all the modes!

Arcade for quick fast-paced games and Sim when I squad up and can spare some hours to it. Basically,

Spitfires hold another piece of me. I could take on against 3 Messerschmitt BF 109 on them. That's why I love them so much!

Articles I worked on

Articles ideas I would like/will work on

This is a list of tactics and concepts that can be employed in War thunder and must be developed/explained on the Wiki. So players can understand and use them proactively. 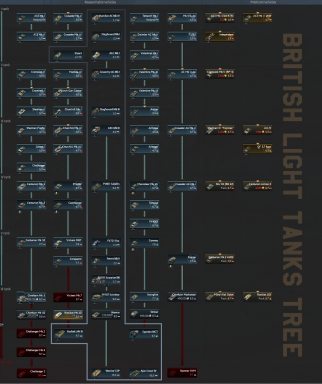 My suggestions for light tanks- The need for speed, is real!

Ideas and tactics in which my War thunder gameplay is based. It helps me to enjoy the game while keeping a sense of order...

Check what ships to play and place them accordingly so it becomes possible to place following ships with the same purpose in the same crew slot and not wasting the crew's ability.

This ship is the main combat vessel; often the "Leaders". The best guns and a good speed needed for manoeuvring on the front. The speed will allow to avoid aerial attacks and release smoke for the slower friendly ships in the back. Guns and good mobility will be the best defence.

This ship might not be the fastest but owns a good set of diverse guns to serve as a combat "backup" or protection to the main combat ships. Likely good Anti-air capacities or auxiliary armaments.

This is the ship with the highest crew amount. Might be the biggest and also the slowest. These ships can serve as convoy protection on EC naval or Encounter mode.

4- The control and support vessel

Usually a fairly fast vessel with AA or auxiliary armament. This vessel will control the airspace and target planes and bombers. Thus supporting the more combat worthy ships. Must be able to provide fast support; might carry torpedo armament.

This ship fires really quickly and performs well in coastal waters. They serve as anti-air cover thanks to good mobility and quick firepower.

These are likely the smallest but faster vessels. They perform in a sort of scouting role. Their good speed allows them quickly cap points and pursuit low-flying aircrafts. They can mark and warn bigger ships about incoming planes and also provide smoke cover for them against these attacks.

My crew slot preset as example,

I started playing War Thunder in 2018 from my PS4. Since then, I was only hooked on this game. Before that, I was just a happy routine PC and console player with a variety of games. But life happens so I decided to make WT the only game to focus my attention from now on. But just from my PC, since the control and opportunities felt much better than on PS4.

Omnia causa fiunt : It means a lot to me becuase it allows me to cope somewhat better with all the situations we face in life. The "goods" and the "bads", there's always something useful in it.

Sic parvis magna: Introduced to me by a legendary game, Uncharted. It hits close to home due to the humble origins of my family and the imperceptible duty to do better than them.

Per ardua ad astra: It talks to me about how us as humans, must overcome the hardships. Placing the stars as the sublime goal of our existence.

I like this one because it represents how I saw things from an early age; I disliked going by the norms of the regular or common, without being an outlaw (I was that nerd in the corner on class) but having my own ways and enjoying keeping time to my ideas without knowing where to go or what to do next. That spontaneity of doing what you feel to do it's really important to me.

This one can be applied onto many things, War Thunder for example.

Their sound, what they stand for or just becuase how they look written.

The not-organized area for ideas and works in progress.

Artwork, Screenshots, and other media created.

My Suggestions and reports:

Vehicle and historic based matchmaking - Suggestion