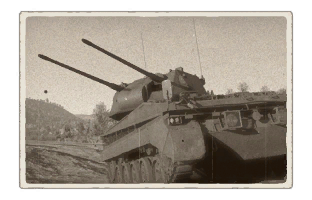 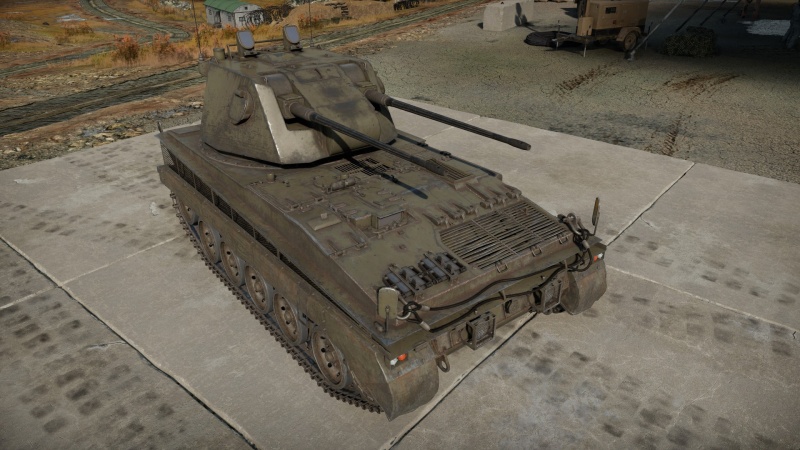 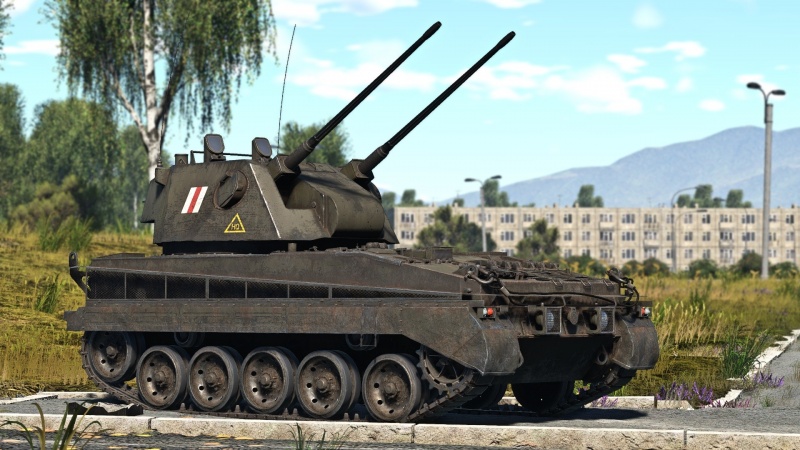 The Falcon is a rank V British self-propelled anti-aircraft vehicle with a battle rating of 8.0 (AB/RB/SB). It was introduced in Update 1.57 "Battle March". While being an anti-aircraft vehicle, the Falcon has optimal performance against everything, assuming you have enough modifications. Some self-propelled anti-aircraft vehicles have a high fire rate, which allows them to destroy planes instantly or harass them from great distances, although they may have problems with standard ground vehicles due to armour. There are others which can destroy tanks by using high penetration ammunition but have difficulty taking down aircraft due to a lack of explosive filler. The Falcon has the ability to perform both of these roles with a high degree of efficiency.

The armour on the Falcon is not very effective, as it can only reliably protect against rifle-calibre machine guns. Aircraft that are armed with heavy machine guns and cannons are able to destroy it, but the Falcon is quick and highly manoeuvrable compared to most other vehicles which can allow it to escape into cover.

Important to note that some full calibre APHE shells do not detonate upon impacting the Falcon's armour, granting it some chances to make narrow escapes.

Many of the tanks at the battle rating of the Falcon also carry 12.7 mm or 14.5 mm heavy machine guns and will fire them at the Falcon. These machine guns are easily capable of defeating the armour and will devastate the interior of the vehicle, so as long as the mobility of the vehicle is not hampered it is advisable to keep moving and find cover.

Chemical rounds, such as HEAT-FS and HESH, will obliterate the Falcon, and artillery can also quickly bring a swift end to the Falcon.

Autocannons can overheat if continuously fired, so short bursts work best. Firing for more than 6 seconds can cause overheating and jamming and it is advised to refrain from extended firing unless absolutely necessary. The recoil from guns slows the tank down and pushes it back. If attempting a flanking attack, try to fire over the the side of the vehicle, as otherwise, the opponent's turret might catch up.

Ammunition is stored in two identical belts (one for each cannon), which ensures uniformity of ammunition but does have several disadvantages. For example, rearming the belt is only possible when all ammunition is expended. This takes an extended period of time (20 seconds) and then the Falcon must also reload for 4 seconds; if team lacks any control over the map it may be impossible. Lack of a backup belt also allows aircraft to easily take it out if they are aware of this weakness and see it standing on a capture point. 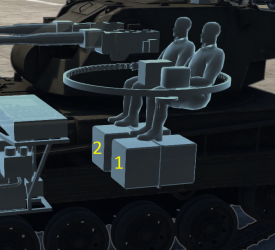 Ammo racks of the Falcon

Generally, Falcon drives around the battlefield, trying to hide in hard to notice flank positions or behind houses and shoots at planes. In case if someone drives by - flanks them and destroys them, if the AP belt is equipped.

It's generally better to stay out of sight, using terrain elevation or houses. You only can choose one belt, AP belt is adequate for any work. If you want to shoot just planes you can take explosive ammo, but then you are almost completely useless against armour. APDS belt allows harassing even heavily armoured vehicles from sides. You won't need to reload until you are done.

In AB, it's possible to just drive around and shoot at everyone, since it's even faster there, however, people dislike being shot at by autocannons, and someone will certainly notice the noise and kill-feed, so don't expect to live long, especially against Soviets, who have lots of frontal armour and BMPs, which are superior to you in every way.

AP and APDS belts are most effective when fired at your side armour or the back of the turret. If you are attacked by a Falcon, just turn both hull and turret to take better angle against them.

The Falcon has questionable accuracy at 2 km range, but it still can force you to disengage just by firing in your general direction. It's still better to not mess with the Falcon and avoid flying too much near to buildings if you know it's there, since its users often fire in the back of planes passing by.