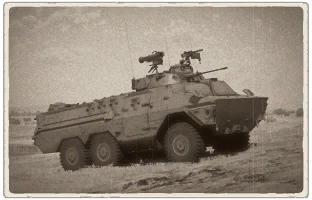 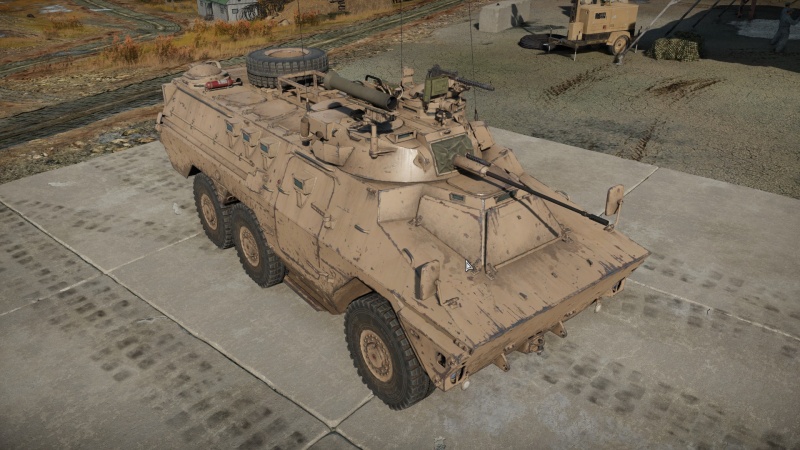 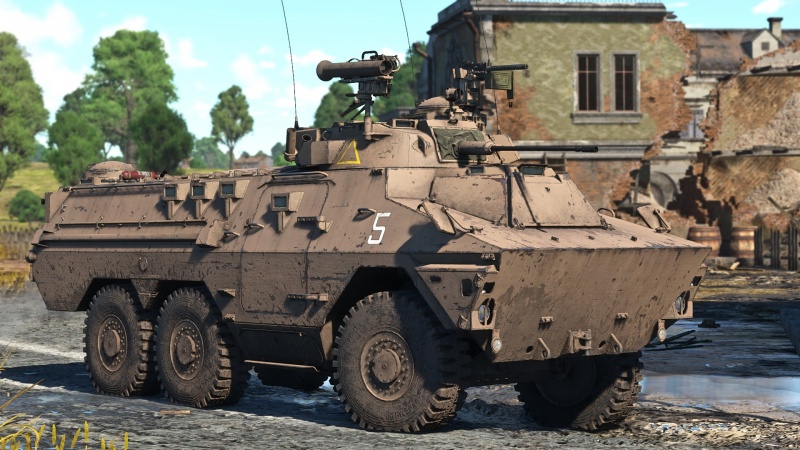 The Ratel 20 is a rank V British light tank with a battle rating of 6.7 (AB/RB/SB). It was introduced in Update "Ixwa Strike".

The Ratel 20 is the original variant of the versatile Ratel IFV built by South Africa in 1976, to meet their tactics on mobile warfare. It is granted the title of the first wheeled IFV to enter service worldwide.

While the mobile and indirect playstyle of the previous Ratel 90 continues, the variation in weaponry sets ups for a somewhat more defensive and supporting approach during armoured engagements. The fast-firing 20 mm GI-2 automatic cannon and the powerful Milan ATGM are alternative armaments that will require some practice due to their situational unreliability when compared to a classical high-calibre cannon layout.

Aside from the alternative weaponry, the pros and cons of the Ratel chassis remain essentially unchanged, therefore the Ratel 20 still relies on his firepower and mobility; both are effective tools when in the hands of skilled players. 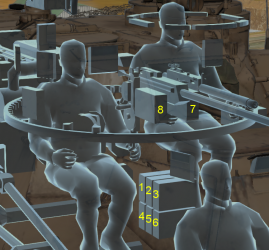 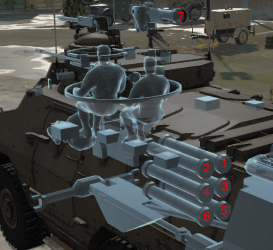 Use your excellent mobility on roads to flank the enemy and use your autocannon to hit side and rear armour. If you ever come face to face with a heavily armoured vehicle, use your ATGM. On rough terrain, support your teammates and use your ATGMs to pick off targets passing by. You can also help repair teammates and destroy lightly-armoured targets with your autocannon. Since your 20 mm isn't very useful against most tanks from the front, use it to take out tracks and gun barrels. The ratel is very long and hard to hide so always be careful that you are not exposing sections of your vehicle that the enemy can see. 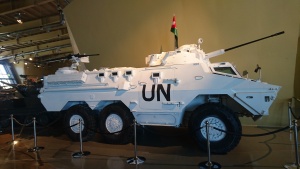 A UN Ratel-20 IFV in the Royal Tank Museum, Jordan.

Named after the tenacious honey badger[1], the Ratel Infantry Fighting Vehicle's development began in 1970 when the South African Defence Force required armoured vehicles which could cover the vast distances of the African plains. These requirements prioritised strong firepower and good protection to enable mechanised infantry to play their role within a highly mobile warfare doctrine. The SADF were already using British APCs, but these aligned with the British doctrine of mobilised infantry dismounting for engagements which was counter-intuitive to the direction of the diverging South African structure[2]. The SADF also used South African-designed armoured vehicles, yet these were liable to breakdowns and weapon failures which peaked during the South African Border War, exposing the weaknesses of older and cheaper IFV models and exposing the necessity for complete replacement to the more durable and reliable Ratel models. The South African derivative of the AML, the Eland was successful as a reconnaissance vehicle with remarkable self-defence, and this would inspire the design of the Ratel which shares visual similarity[2].

The Ratel would enter production in 1975 and see immediate success in the Angolan War from 1978. Despite a design based around flat terrain and infantry combat, the Ratel found itself excelling in challenging mountainous terrain and rainforests, fulfilling additional combat and support roles. In later produced modular variants, the Ratel utilised the cannon turret of the Eland, ATGMs, and also support platforms such as observation and logistics[3].

The Ratel-20 would see combat in Operation Reindeer, 1978, Operation Sceptic, 1980, Operation Askari, 1983, and Operation Excite, 1988 for the SADF in Angola[2]. It still serves several African nations in the present day, including South Africa which maintains over one thousand Ratel IFVs in total comprising a significant percentage of the SADF's land fighting capability, and Ratel-20s have been used extensively by countries participating in United Nations peacekeeping missions[4].