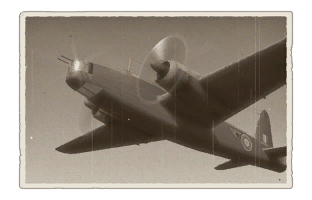 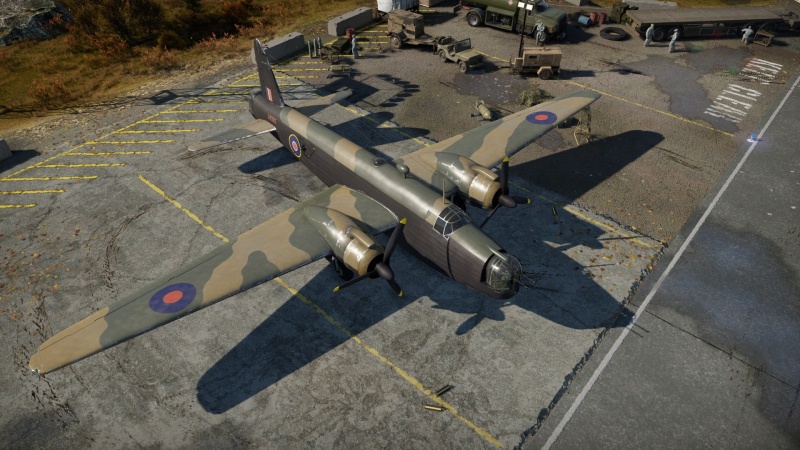 The Wellington Mk X is a rank II British bomber with a battle rating of 3.3 (AB/RB) and 4.0 (SB). It has been in the game since the start of the Open Beta Test prior to Update 1.27.

When being attacked, the points of concern will be the engines, which are relatively easy to be set on fire. The 7.7 mm machine guns can be sufficient for some harassing fire against enemies so that they do not stay in one location and open fire, affecting their accuracy as they manoeuvre around. But against a determined enemy, the Wellington Mk X would otherwise be a sitting duck.

Unlocking the 7 mm ammo gives access to the "Universal" AP-I belt as one works up to the bomb racks for 18 x 250 lb or 9 x 500 lb. After that, you can pursue your choice of upgrades.

Upgrades to the turret should also be considered. The different belts do not have a considerable effect, but the upgraded turrets allow for a longer fire at a greater rate, which is very important for the small rifle calibre machine guns.

However, speed and climb rate is also a necessity and the unlocks help the sluggish Wellington a lot. The decision should depend on the pilot's flying style. When rushing in, better armament will help in the retreat, but better performance will aid in returning to friendly zones quickly.

The Wellington Mk X can be outfitted with the following ordnance:

The Wellington Mk X is defended by:

In Air Battles, the winning tactic is to climb high and bomb your targets. If you don't want to climb the Wellington Mk X, is a great low flying bomber, offering great speed and manoeuvrability. However, it lacks any armour and only offers limited protection with turrets in the front, side and rear. It lacks armour plates, unlike other bombers of the other nations. A few well placed shots will see Wellington Mk X, getting torn apart to any aircraft which drop down to engage it from the top or belly. However, its rear gun turret offers four 7.7 mm machine guns which are able to shoot down the enemy aircraft with a few well placed shots.

The Wellington Mk X should be used as a strategic bomber, that is what it excels at in this game mode. It is too big to be used in the ground attack role, making it an easy target for enemy tankers. To use the Wellington Mk X, load up on 500 lbs or the single 4,000 lbs cookie bomb. The 500 lbs, offer 65.5 Kg of HE filler and the cookie offers 1,339 Kg of HE filler.

Fly around the map, waiting for the enemy to cap the cap zones, when they start capping the zone - head towards it, gain altitude do not come in low or a single shot fired from a tank can knock you out of the game. Once at a good altitude, line up on the cap zone and drop the bombs. Any tank in the zone will be destroyed.

"Torpedo attack!" The best way to launch a torpedo at close range without sacrificing the aircraft, is to find the middle ground between the suggested drop direction and the target. That way making the evasive action of the torpedoes, harder. Whether the target slows down or turns, The torpedoes will be on collision course.

All of the Wellington bombers are well suited for the naval warfare, The Wellington Mk X being one of the best of them provides improved Browning turrets, more speed and two supreme payloads that will allow you to change the tides of a naval war in both Arcade and Realistic battles.

With the torpedoes, the strategy goes in finding a good approach angle to successfully deliver both torpedoes to preferably gunboats and destroyers as they will have a tougher time evading them. Beware of anti-aircraft fire and swiftly turn back to safety while preparing the next drop.

Using the 4,000 lb bomb, the scenario takes place a bit higher. Way above the enemies' short and medium anti-aircraft guns that reach around 3,000 - 4,500 m altitude. Here you will be able to spot the biggest of the fishes. Those will be your targets and with some developed practice in predicting the drops you will decimate the entire enemy destroyers population in a short time, tanks to this extremely lethal bomb.

Just be alert of enemy planes that will be eager to take you down, using the Armoured targets belt provides some of the boost in defence you need as it cripples engines and pierces through metal. 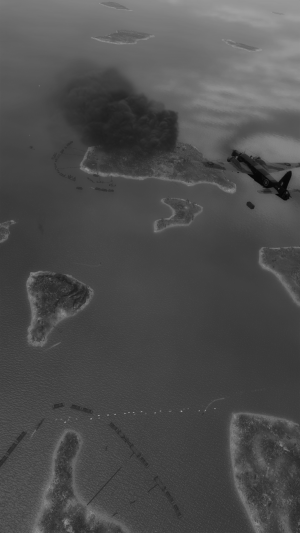 Wellington releasing a 4,000 lb "Cookie" blockbuster bomb onto a destroyer

Performance-wise the Wellington was not notably remarkable, its strength lay on the inside. Devised by one of the greatest innovative thinkers in history, Sir Barnes Neville Wallis devised a geodesic structure resulting in an exceptionally strong airframe. Together with Reginald Kirshaw "Rex" Pierson, they designed their record-making "Vickers Wellesley", paving the way for the "Wellington" and larger "Warwick".

With high aspect ratio wings and a spacious fuselage, it proved capable of handling a myriad of missions including early airborne radar and robust enough to absorb severe damage and fly home. Although the bomb bay configuration limited bomb size, its payload was slightly more than the Heinkel He 111 H-3 and with greater range. It is also one of the first aircraft to have a powered turret in the extreme tail with a very wide arc; however, it was still inadequate to defend itself against attacking fighters and early models lacked self-sealing fuel tanks. Still, this aircraft was admired by crews and affectionately called "Wimpy" after Popeye's hamburger loving friend and sidekick whose full name is J. Wellington Wimpy.

Over 11,000 made, it equipped many RAF squadrons including those comprised of foreign crews like the Polish (4 squadrons), New Zealand (No. 75), and Czech (No. 311), one of which was captured by the Germans who used it for intelligence and training. "Viking", a passenger transport variant, became the world's first pure jet transport prototype aircraft in 1948.