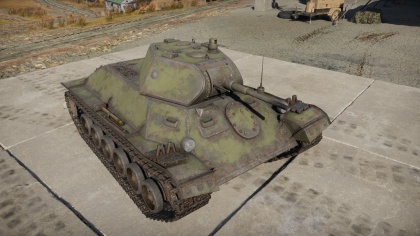 The T-126(SP) is a premium rank II Soviet light tank with a battle rating of 2.7 (AB/RB/SB). It was introduced in Update 1.47 "Big Guns". A premium version of the T-50, being its prototype design, it shares it similarities, but actually is better due to much thicker armour all around. An unfortunate side effect results in a decrease in top overall speed due to weight of added armour.

While it still is good in comparison to most vehicles at the same battle rating, the top speed of the T-126 is lacking in comparison to the T-50. It is most noticeable when trying to play as a scout tank and flank enemy forces.