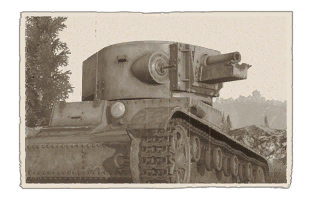 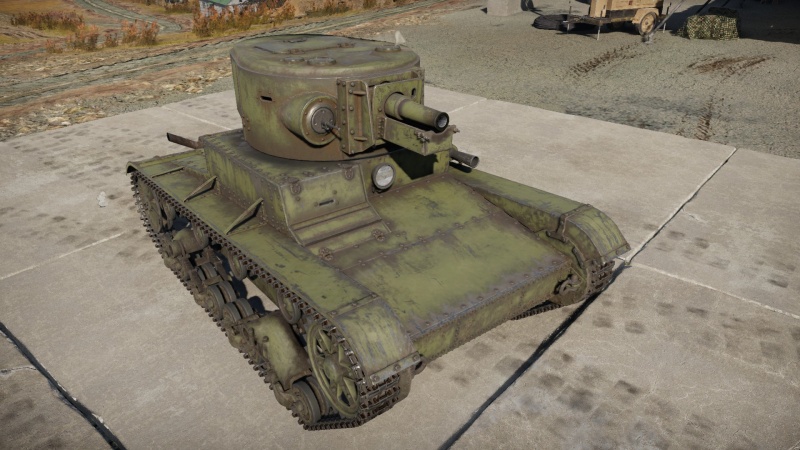 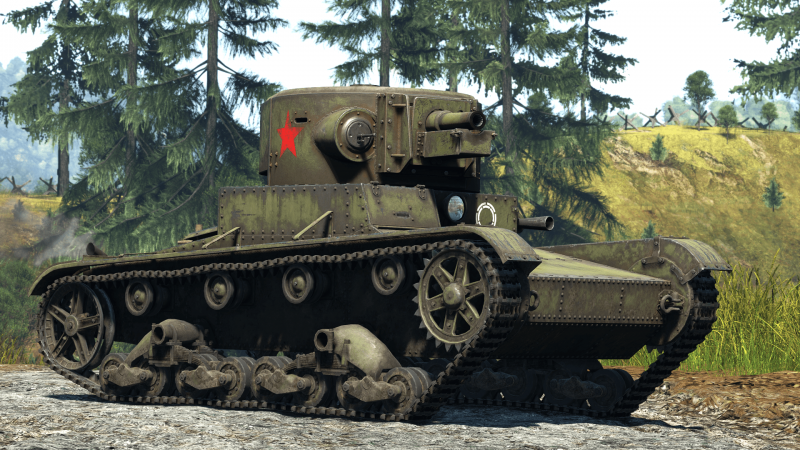 This tank and its gun can be roughly compared to its German peer, the Pz.IV C and its 7.5 cm KwK37.

15 mm thick plates cover most of the visible parts of the tank but this is thin, even for the BR. With just 3 crew members and slow speed, the chances of surviving for extended periods in front-line combat are low. However, a skilled tanker can use the small profile of the tank to hide in ambush positions and utilize its 76 mm APHEBC rounds to destroy light and medium targets.

As usual, Parts and FPE are the most important modules to research first. After that, mobility upgrades will be very useful, since the tank has below-average mobility when stock. Even more important than mobility, perhaps, are the Horizontal Drive and Elevation Mechanism modifications. These will improve the vehicle's poor turret traverse speeds. Finally, the BR-350A APHEBC shell has more penetration and contains more explosive filler than the stock Shrapnel shell. If you are having difficulties with penetrating or destroying enemy targets using the Shrapnel shell, this modification will prove invaluable. 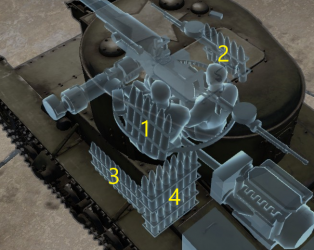 The small calibre of the 7.62 mm DT machine gun makes it largely ineffective against armoured vehicles except for ones with an open compartment. Despite this, the machine gun can still be used to ping targets as a rangefinding tool or to mow down minor obstacles that are blocking your line of sight. The clip capacity of the DT is poor compared to belt-fed machine guns like the M1919A4 as it relies on pan magazines with 63 bullets each and will have to reload in-between.

All three of this tank's shells have a very low muzzle velocity, which means that engaging targets at long range, or even at medium range, is difficult. Users of the T-26-4 may find that the vehicle does the most damage up close, where aiming is easier. Fortunately, most engagements at this tier are close-quarters.

The lack of armour is really something to be kept in mind, as machine guns like the M2HB will be able to go through your thickest pieces of armour (15 mm). Avoid enemy vehicles and situations in which they can get the first shot. Driving under cover is advisable to avoid being spotted. If you spot an enemy vehicle, engage and destroy them as soon as possible to avoid them becoming a threat.

Staying under trees and close to buildings is also recommended if there are enemy aircraft above, as enemy aircraft like the He 112 A-0, the D.501, and the F3F-2 are capable of punching through the T-26-4's thin armour with their heavier armaments. Not to mention many aircraft carry bombs. Large bombs that land close to the T-26-4 have a high chance of significantly damaging or destroying the vehicle. If you are out in the open and hear a loud siren, it may mean that an incoming German Ju 87 B-2 Stuka is most likely diving on you with a bomb.

In terms of mobility, this vehicle sometimes struggles to get into the close engagements that it can be effective in. It has quite poor mobility compared to its peers (the BT-5, for example), and therefore can miss out on the first stages of a battle. The slow speed also means that long flanking manoeuvres may be difficult to pull off. Therefore, this tank finds success as an ambusher or as a direct supporter of friendly vehicles. It is suggested that team play is vital to being successful in this vehicle.

The T-26-4 has quite a high-calibre gun for this rank, but the stock shrapnel shell has poor penetration (despite its high post-penetration damage). It is often unable to penetrate enemy tanks frontally, and against some vehicles, such as the Pz.III E, it can't penetrate even the side armour. This makes flanking even more important for this vehicle--otherwise, the player will often find themselves unable to deal damage to the enemy. Once the BR-350A shell is researched, the gun will be able to penetrate most tanks at this battle rating through their frontal armour, and finding side-shots will become less important.

If possible, concentrate your fire on lightly armoured vehicles. It's dangerous to go alone, so be sure to stay near teammates. Otherwise, you may risk an encounter with a tank that you won't be able to penetrate.

The T-26-4 light tank is a variant of the T-26 light tank in Soviet services. Instead of mounting a 45 mm 20-K cannon as its main armament, the T-26-4 mounts the 76 mm KT-28 tank gun. This modification is intended to allow the T-26 to fill the role of an infantry support artillery vehicle. The turret is similar to the T-28 medium tank's turret, if not the same.

The T-26-4 design was tested in October 1933 with five prototypes constructed. It was in these trials that the 76.2 mm KT cannon was chosen instead of the more powerful and innovative 76.2 mm PS-3 cannon because the PS-3's recoil caused damage to the prototype chassis it was fitted to. A production run of 50 of the 76.2 mm KT - armed tanks was scheduled in 1935, but an incident on September 19, 1934, with an accidental shell detonation, caused the Soviet military to cancel the order. The T-26-based artillery idea was brought up again in 1939 with a proposal for a new turret armed with the 76 mm L-10, but this was rejected by engineers as they determined that the ageing T-26 chassis would not be able to handle the extra modifications.

An experimental version of a fire support light tank. Even before the T-26 began serial production the authorities of the Red Army raised the question of enhancing the tank's weaponry and building a fire-support tank. The process of designing a turret for the 76 mm cannon began in February, 1932. An experimental model of the T-26-4 was built in November, 1932. After it underwent successful testing in 1933 the factory received an order to build a base batch of five vehicles. The new vehicles entered military testing in 1934. After testing was complete an experimental batch of 50 vehicles was planned. However, during a drill near Leningrad an incident occurred, after which the decision was made to cancel the production of the experimental batch. All further work on this vehicle was cancelled.