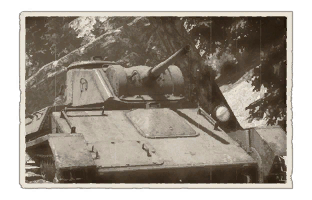 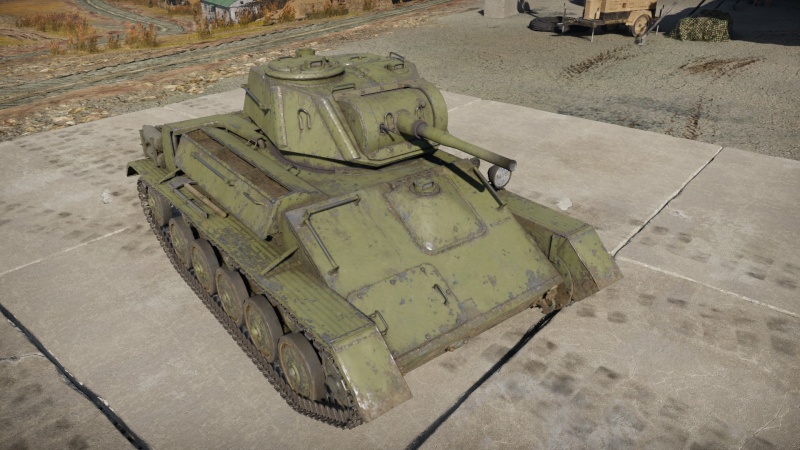 The T-80 has an adequate cannon for its BR. Stock round BR-240 has a maximum penetration of 70 mm. Combined with the 29 g of TNT filler, it is almost certain that the T-80 will knock out most tank upon penetration. Even at more than 500 m away from the target, it still has 40-50 mm of penetration which is still enough to go through a lot of light tanks' armour. The 3.3 seconds reload (stock) is one of the fastest reload time for non-automatic guns, allowing the player to quickly fire more shells if the first shot didn't kill. The turret rotation speed is extremely slow however, as it is manually operated. It can be a real handicap in case your hull is immobilised. The gun has 8 degrees of depression which is enough for most terrain. At its BR, facing heavily armoured tanks becomes a common thing, so the player should get comfortable with using the BR-240P APCR which penetrates more but lacks damage. 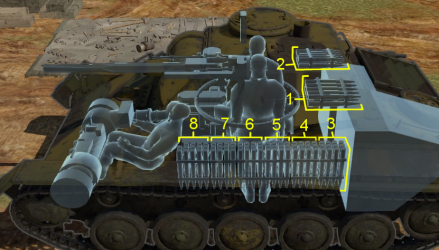 While targeting low-flying aircraft, turn the hull for any large corrections as the turret can struggle to traverse at an adequate speed.

When taking the tank into battle, a mix of APHEBC and APCR is favourable. The BR-240 AP shells against flanked opponents and structural weaknesses (e.g. Pz.IV E turret), while the BR-240P APCR role is for close range combat (<400 m, due blunt nose cone) and engaging heavy armoured box tanks, especially the M3 Lee, StuG III A and up-armoured T-28E. As usual, having a few rounds of pure HE is great against any SPAAG.