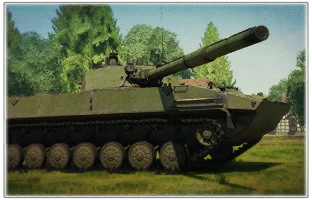 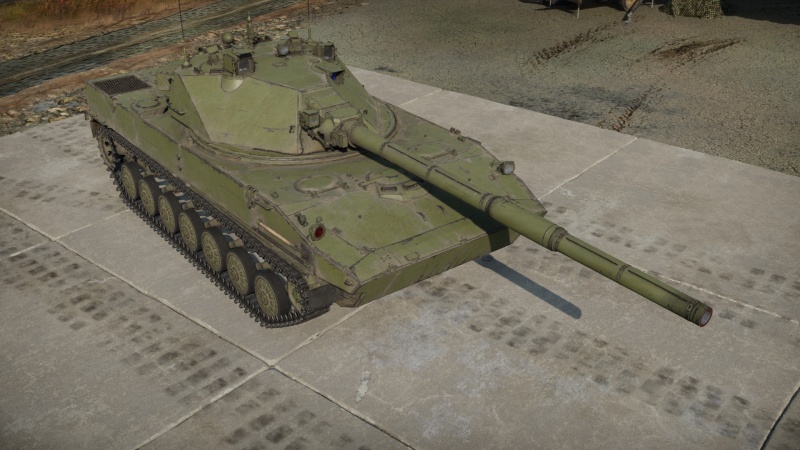 The 2S25 "Sprut-SD" is a modern entry in the long line of Soviet amphibious tanks started by the PT-76B. It uses the lightweight chassis of the BMD-3 airborne IFV, which offers a great power-to-weight ratio, a hydropneumatic suspension, and equal mobility in both forward and reverse at the cost of extremely light protection and a rather large profile. The oddly-shaped turret packs a full-size 125 mm gun with autoloader, giving the Sprut the same firepower as the T-72B. Using this vehicle effectively can be tricky because it is significantly easier to spot and destroy than contemporary Soviet MBTs while lacking access to thermal optics for easy target acquisition, so it's important to make the most out of the high mobility to ambush enemies and retreat from danger.

The 2S25 has a total of 3 crew members which makes the survivability of the vehicle is very low as any penetrating rounds will very likely destroy it in one shot.

The thin armour of the 2S25 makes it highly susceptible to large-calibre HE shells that will be able to overpressure the 2S25 even if it lands next to it.

125 mm 2A75 cannon
Two-plane stabilizer
Reduces the swing of the gun in two planes while moving
Autoloader
Automatically feeds projectiles into the breech. The speed does not depend on the skills of the loader
Ammunition40 rounds
First-order22 rounds
Reload7.1 s
Vertical guidance-5° / 15°
Main article: 2A75 (125 mm)

The Sprut-D is armed with a 2A75 125 mm smoothbore cannon, a similar cannon in performance as the T series tanks capable of firing the same munitions. It has access to the 3BM42 'Mango' dart, the same dart seen in the early T-72s and T-64s. While it lacks penetration compared to other rounds at the battle-rating (such as M900), it has very decent performance against anything it faces. It lacks punch when it comes to fighting in up-tiers as the dart might not be able to penetrate the frontal plates or mantlet of the MBTs. However, any well placed side shot should be more than enough to dispatch a target with no more than a single shot.