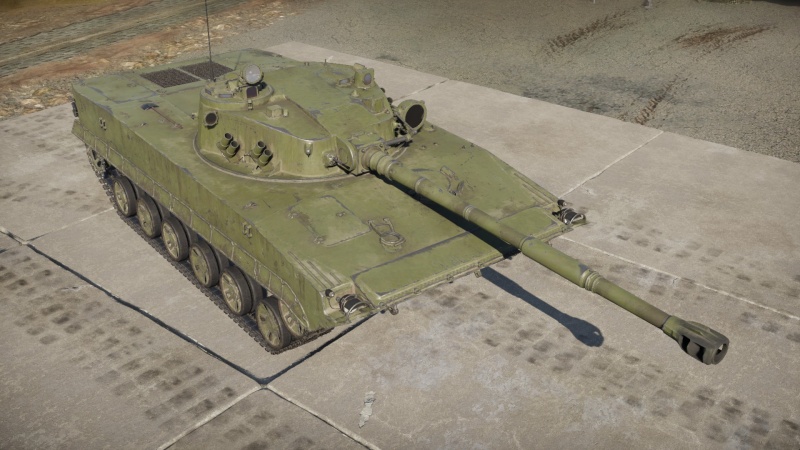 Mobility wise, the Object 685 can be considered as a slightly heavier Object 906 compensated by a noticeable stronger engine and a different gear box (note the missing reverse gearbox). It is not slow but is not the fastest light tank at the battle-rating. When downtiered, it is able to be faster than most tracked vehicles (most of them reach as most 65 km/h while this can reach more than 70 km/h) with exception of the Rooikat 105, Rooikat Mk.1D and Radkampfwagen 90. It's suspension is a relatively soft suspension, meaning it will not damp as much in rough terrain but due to its thin tracks, the surface the tracks have on the floor make it be relatively slow on snow and sand (but faster than many tracked vehicles). It is fully amphibious which makes the Object 685 capable of crossing water bodies which can give an advantage (Eastern Europe river for example) but the speed while on water is lacklustre.

100 mm 2А48 cannon
Two-plane stabilizer
Reduces the swing of the gun in two planes while moving
Autoloader
Automatically feeds projectiles into the breech. The speed does not depend on the skills of the loader
Ammunition40 rounds
First-order12 rounds
Reload6.0 s
Vertical guidance-4° / 17°
Main article: 2A48 (100 mm)

The Object 685 has the same ballistics as the D-10T2S 100 mm cannon even sharing the same ammunition. Thus, the use of the gun should be the same as the T-55A. The gun is capable of destroying all enemy vehicles it faces from the front (with exception of the Maus glacis) with its powerful APFSDS shell. Despite not having the most powerful dart at the battle rating, the 6 second reload of the autoloader makes the Object 685 a formidable quick firing tank, capable of destroying multiple enemies with relative speed.

Important: in order to let the autoloader load, the gunner must be alive 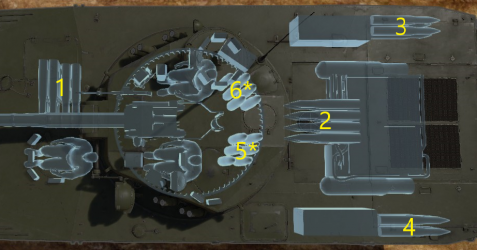 The Object 685 can fare well at close range due to the excellent gun handling and reload rate. Additionally, the mobility of the vehicle allows it to easily outmanoeuvre enemies at close range.

In the 1970s, the Russian Ministry of Defense opted to create a replacement for the PT-76, the main to contestants being the PT-85 (also known as Object 906) and the Object 685. It was tested but did not enter service or combat. It featured components that were later used for multiple vehicles, this being the Object 688 (which ended being the BMP-2), BMD-3 and 2S25 Sprut-SD (based on BMD-3). It was made for airborne units to maintain the armoured section of airborne units, at the time those being PT-76, BMD-1 and ASU-85. It featured a greater weight than the PT-76 due to the size and main gun but featured a more compact suspension due to being a telescopic hydraulic shock absorbers and suspension.