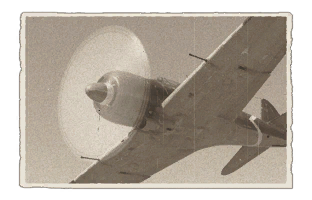 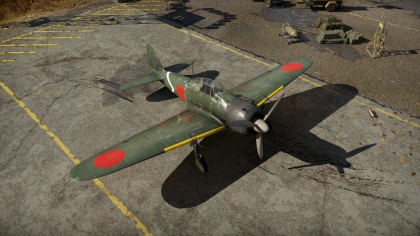 The survivability of the A6M3 mod.22ko is not high. Since it is a Zero, one bullet is enough to set you on fire but with some luck you might fly away with just a few holes. The only time this plane can really shine is in a dog fight or a surprise attack, where your opponent simply does not have a chance to get their guns on target.

With this plane you get two 7.7 mm Type 97 guns and two 20 mm Type 99 Model 2 cannons. The 20 mm cannons do not hold a great deal of ammunition, so extra care should be taken when firing to ensure that no round is wasted. Stealth belts are recommended for both weapons, as they contain a decent proportion of high-explosive rounds, and maintain an element of surprise.

The A6M3 mod. 22Ko can be outfitted with the following ordnance:

The only suspended armament you get with this plane is two 60 kg bombs with a explosive mass of 23 kg and a penetration of 78 mm.