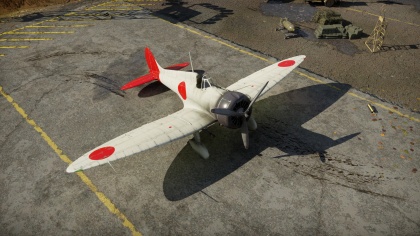 Like most Japanese planes, the A5M4 has no armour to protect the pilot and components of the plane. The best way to survive is to turn fight. I0in a dogfight, make sure you can see your enemy at all times because it will only take a few good hits to the pilot or components to put this plane out of action.

Skin and Camouflages for the A5M4 on War Thunder Live.