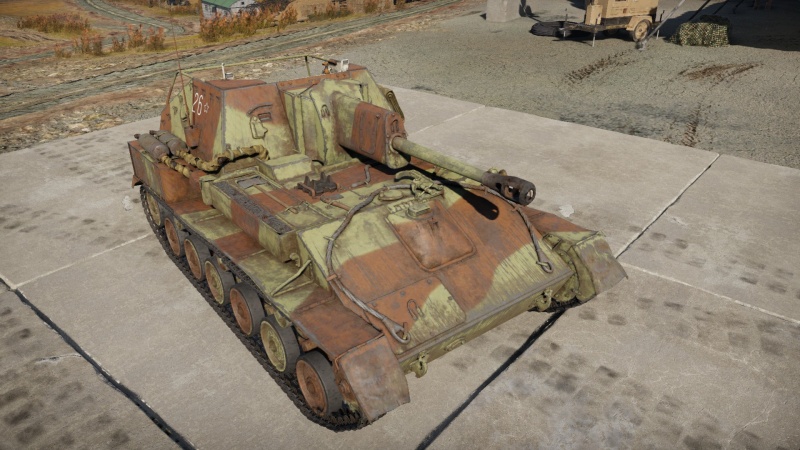 The SU-76M shares a similar hull armour profile with the T-70 light tank on which it is based. The hull, with a large, well-angled 25 mm upper front plate, might bounce some shells when the hull is angled, but high-penetrating guns such as 5 cm Kwk 39 can still penetrate it easily. Once penetrated the driver will get knocked out, or the transmission/engine will be broken, immoblising the tank. On the back of the hull, the SU-76M has a lightly armoured open-topped superstructure to accommodate the 76 mm gun. With a maximum thickness of only 25 mm and poor angling, the superstructure will not stop much more than heavy machine gun fire. Common tanks such as Pz.II, M3A3, AB 41, etc are all able to penetrate the front of the fighting compartment with ease, and knock out any crew in the shell path. The crews are quite cramped together too, further decreasing the survivability against explosive-filled rounds. It is only able to resist rifle-caliber rounds or heavy machine gun fire from far away.

The open top also makes the SU-76M very vulnerable to aircraft strafing runs from above or behind.