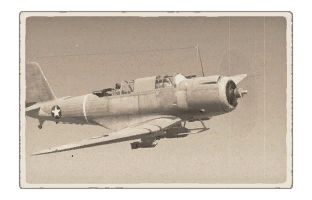 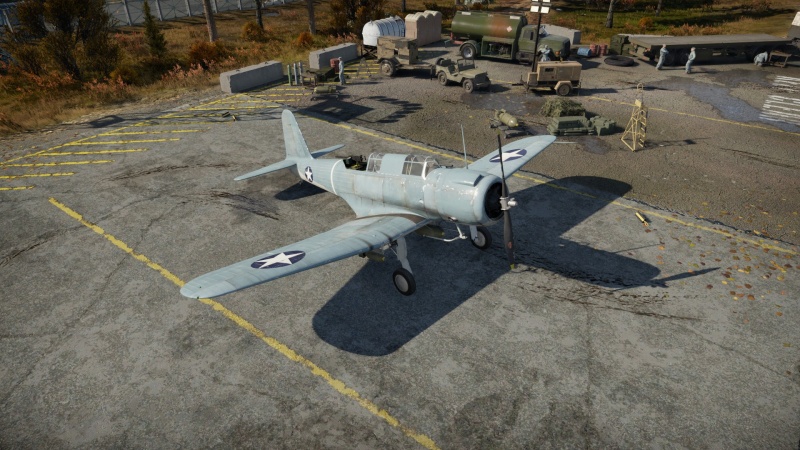 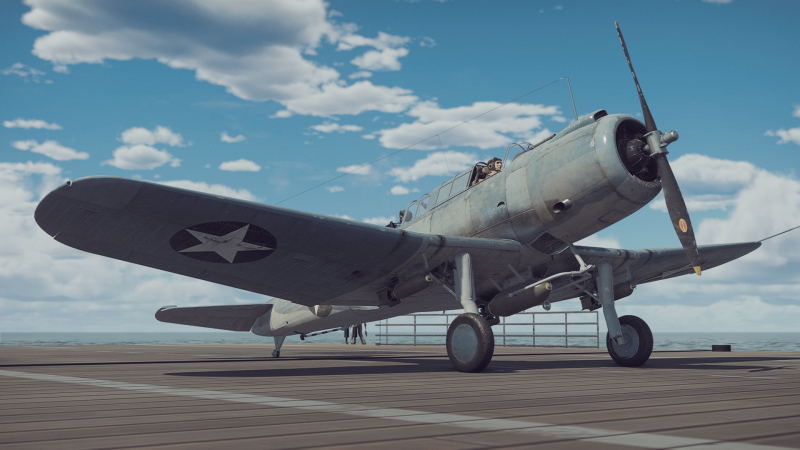 The SB2U was developed in the early 1930s and although considered obsolete at the outbreak of World War II, it still remained in service through the Battle of Midway, however in 1943 it was withdrawn into training units and replaced by more advanced aircraft. This aircraft featured a constant-speed propeller which was intended to be utilized as a dive brake while performing dive bombing attack manoeuvres. There were three hard points for bombs to be attached, one 250 lb bomb under each wing and a single 500 or 1,000 lb bomb mounted onto a pylon under the fuselage. The larger bomb was also attached to what was called a "trapeze", a device which would when the bomb was released, swing the bomb clear of the propeller arc.

The SB2U-3 can be outfitted with the following ordnance:

The SB2U is a slow aircraft which leads it to having two options, first is to hug the terrain. While flying to your target of choice (AAA sites, AA Vehicles or bases), fly along the terrain, utilize what hills and valleys there are to fly through. Time on target may be limited before the enemy gets there so line up your bombing run and drop bombs. This aircraft can manoeuvre fairly well, utilizing elevator and rudder controls, you can quickly flip this aircraft around and return to ground attacking targets you just flew over.

The second option will be to gain altitude. Going too high will render your bombs ineffective. The idea here is to gain several thousand feet, fly towards your target of choice and then dive on it. During your dive, your aircraft will build up speed, to prevent too much speed build up and control stiffening, reduce your throttle and engage landing flaps ("F" by default) as the SB2U does not have airbrakes. This will allow you a controlled descent and the ability to line up your target easier, the unfortunate down side is that now you are slowly moving in a straight line, easy target for enemy fighters. Once you swoop on your target and release your bombs, engage full throttle and retract dive brakes.

The SB2U is a slow aircraft, however it is manoeuvrable. Due to the large surface area of the wings and rudder, it can make quick reversals through wing-overs causing faster fighters to overshoot. The rear-gunner does not pack much of a punch, however coming at this aircraft from the underside will avoid any offensive/defensive weapons allowing for time to line up a shot. Aim for critical areas of the aircraft (engine, pilot, fuel…) as the body of the aircraft can soak up a good amount of damage.