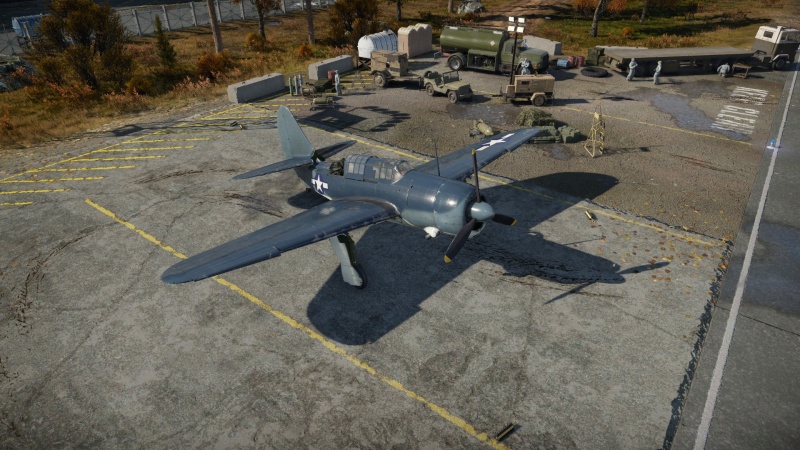 The SB2C-1C has surprisingly good manoeuvrability for a dive-bomber (especially at an airspeed of around 300 km/h), although its weight means that acceleration is not outstanding and climb rate is poor. Top speed is also below-average. However, as a primarily air-to-ground attacker, these somewhat lacklustre flight characteristics do not overly hinder the vehicle's utility.