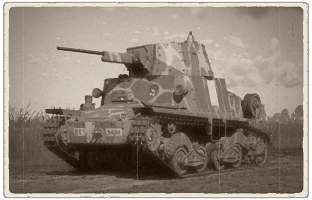 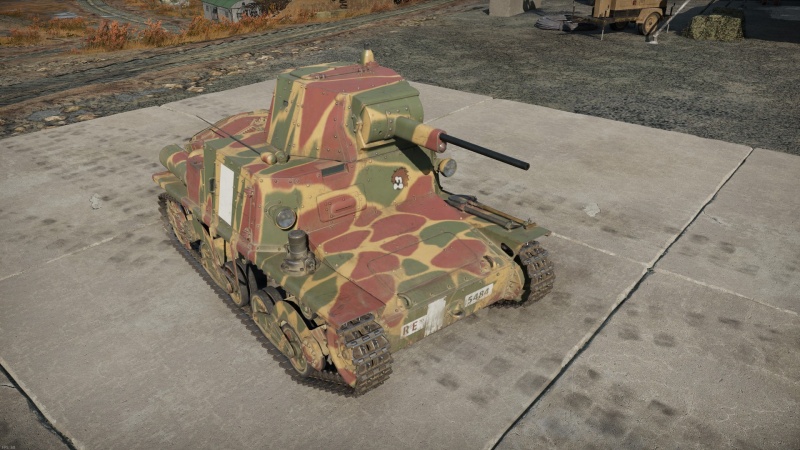 The Carro Armato modello L6, 31 Reggimento Carristi is a premium rank I Italian light tank with a battle rating of 1.0 (AB/RB/SB). It was introduced in Update "Danger Zone".

Whichever playstyle one chooses, it is important to always play to the strengths of the vehicle, mainly the automatic armament and reactive turret traverse speed.

Main article: History of the L6/40

This particular example of the L6/40 was used by the Italian 31 Rgt to counter guerrilla warfare in the Balkans, specifically in Albania in the years of 1942 and 1943. This L6/40 would also provide protection to key infrastructure in captured Yugoslavian territory. The Italian army would operate up to 55 units of this vehicle in that theatre. This L6/40 has a Lion painted on it, which acted as a sort of mascot for troops stationed there. After the armistice most of the units operating there would be taken by the German army.