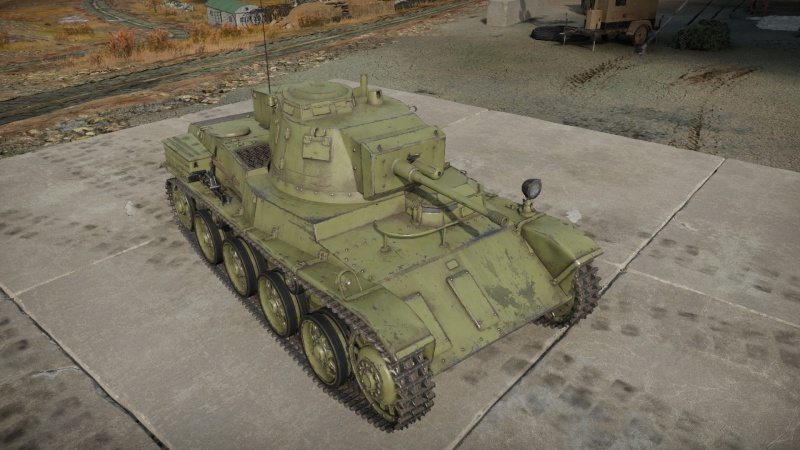 The Toldi IIA is a premium gift rank I Italian light tank with a battle rating of 1.3 (AB/RB/SB). It was introduced during Update "Ixwa Strike" as a reward for Battle Pass: Season III, "Strength athletics".

The Toldi IIA is a light tank of the Landsverk L-60 family, a license-built Hungarian variant of the Strv m/38, sporting a 40 mm 37/42M gun and better armour which allows it to stands its ground, but shares the same weaknesses as its Swedish counterpart.

The hull of the Toldi IIA is practically identical to the strv m/40L's one. It is a very resistant hull at this battle rating, able to bounce back several rounds if angled correctly. In terms of survivability, this vehicle does not perform well: ammo racks are positioned on the sides of the hull, which is a benefit against frontal shots but a disadvantage against side shots. The crew compartment is tight, a well-aimed shot in the center of the vehicle will knock it right out.

The Büssing NAG L8V/36TR is an engine capable of delivering 155 horsepower and manages to take the Toldi IIA to a top speed of 47 km/h. Unfortunately, the reverse is not as good, at only -5 km/h. This engine manages to make the Toldi IIa maintain a constant speed of at least 35 km/h on any terrain. The chassis is great for driving on all types of terrain that can be found in the game: sand, snow, mud and dirt.

The main armament of the Toldi IIA is a 40 mm 37/42 cannon that can fire 3 different types of projectiles, HE, APHEBC, APBC. It is recommended to use the APBC 43M shell as it is the most powerful: at its battle rating is an excellent shell. 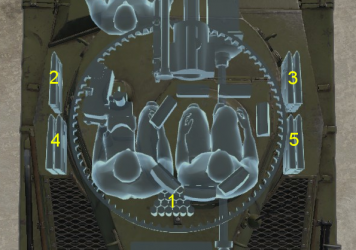 Ammo racks of the Toldi IIA

The Toldi IIA has a coaxial 8 mm 34/40M machine gun, excellent for eliminating the crew of open-topped vehicles such as SPAAs and SPGs. However, it is not very useful against more armoured tanks because it fails to inflict any damage.

The Toldi IIA is a very versatile light tank good for any situation on the battlefield. With its good speed, it can change positions effectively and quickly and with its decent mobility, it can afford to go and capture points first. With the limited protection of Toldi IIA, it is recommended to adopt a playstyle more focused on spotting enemies and supporting fire for allies. But for more dynamic players, it can be used as a frontline vehicle to capture the points in the first line and help the advance of allies. 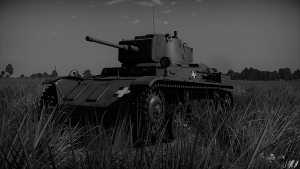 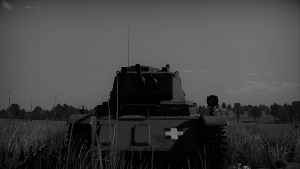 After defeat in World War I, Hungary, like Germany, was prohibited from having its own army and armoured vehicles. However, like Germany, this ban didn't hold Hungary back for long. After purchasing small batches of Italian and German tanks, the Hungarian government announced its intention to select a foreign tank design to be deployed at domestic facilities. As a result of tests, preference was given to the Swedish light tank Landsverk L-60, which later entered service with Sweden under the designation Strv m/38. The tank was adapted to the types of guns and sights available to Hungary, the turret was slightly modified and launched into series under the name 38.M Toldi. The first series of Hungarian light tanks, built before April 1940, actively participated in combat - including heavy battles on the Eastern Front, where it showed itself completely indefensible against Soviet medium and heavy armoured vehicles. After two modernizations, the protection on the gun mantlet and the frontal projection of the hull was strengthened, and the 40mm cannon became the main weapon. Now the tank was completely produced from Hungarian components, but with the increased protection and increased calibre, the weight of the vehicle also increased, which subsequently affected its movement performance. Despite all efforts, the upgraded 38.M Toldi II and IIA tanks could no longer compete with the Soviet tanks of the second half of the war. Almost all tanks in the series were lost in battles or by technical failures, the last Toldi were destroyed in the battles for Budapest. The only surviving 38.M Toldi IIA tank is currently on display in the Patriot park near Kubinka, Moscow region.