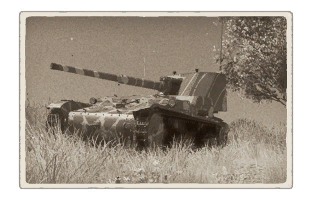 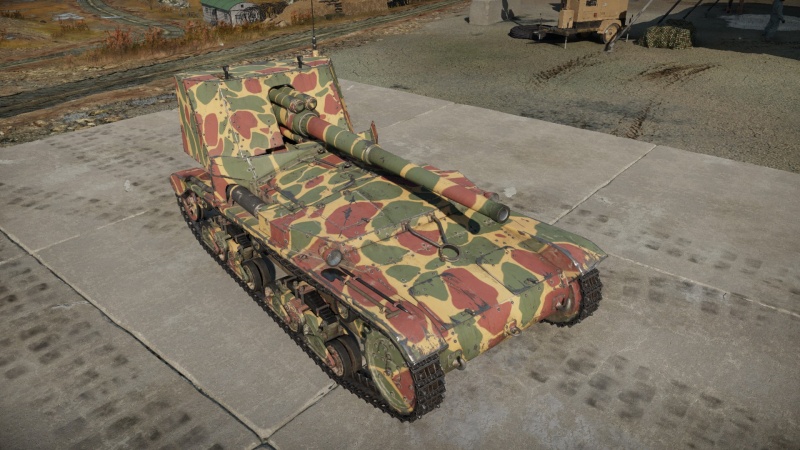 Armour is not great, but the gun shield protects from .50 cal heavy machine gun fire from the front and the very sloped hull armour can bounce shots. The back is very vulnerable as your crew sits unproteted and can be knocked out by anything. One artillery shell behind you can disable the 90/53 M41M.

Despite that, it has better survivability than what people may expect from such a thinly-armoured vehicle. Because of its layout, the 90/53 M41M separates the crew into two different areas, the front compartment of the hull and the rear turret, with the engine bay in between. This also gives additional protection from the front side to the ammunition storage area, and so being destroyed by an ammo explosion is not a frequent thing.

The mobility is good on flat terrain and even on some slopes, about the same as other Italian tanks on the same chassis. Due to the 90° horizontal fire angle, the 90/53 M41M can drive diagonally while aiming. 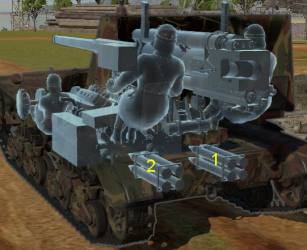 Due to its high penetration at close ranges, excellent turret traverse and surprising survivability, the 90/53 can perform quite well in CQC combat in an urban environment. The 90/53 is quite lethal to most tanks it comes across and can deal quite easily with vehicles other tanks typically struggle with, such as KV-1s. This comes at the sacrifice of an exposed rear, so it is typically advised to make sure that your rear is always secure and not to overextend from your allies. Alternatively, the high calibre of the shell does make the 90/53 viable at range, but the lack of ammunition and machine guns for rangefinding make this task quite difficult. When entering battle, a full load of Granata Preforante mod.43 is typically advised.

The 90/53 is extremely vulnerable to AA guns as they can typically shred the 90/53's thin armour and should be avoided at all costs. Strafing from planes is also a common annoyance, as its lightly armoured and semi-exposed crew are easy targets from the air. Try to avoid open areas and stick to places with limited visibility from the air, such as forests and towns where planes will have trouble spotting you. If a plane is targeting you it might be wise to back your exposed rear into a solid object, like a wall or a cliffside to prevent the plane from hitting your rear. 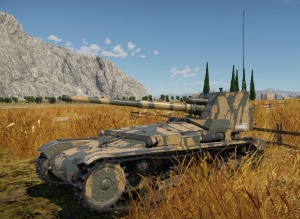 The Semovente M41M da 90/53 consisted of a 90 mm anti-aircraft gun mounted on the rear of a lengthened M14/41 hull and chassis. The engine was moved from the rear of the vehicle to a central position. Conceived and built specifically for anti-tank use on the Eastern Front after it was clear Italian forces had no answer to Russian tanks like the T-34, was hurriedly designed and rushed into production in early 1942. In practice the large gun overstressed the chassis and engine, so production stopped after 30 were produced and none were ever sent to Russia. Only a handful of rounds could be carried on the vehicle; it had to be accompanied by a turretless L6/40 tank used as its ammunition carrier.

Twenty-four surviving vehicles were formed into the 10th Self-Propelled Gun Unit (Raggruppamento Semoventi), divided into 3 gruppi. It was sent to Sicily in June, 1943, and was deployed against the US 7th Army in fighting in the Licata area, losing all but two of its vehicles. These last two vehicles were abandoned and captured in Messina when Sicily fell. The few left behind in Italy were seized and used by Germany.

One of these two Semovente was brought to Aberdeen proving ground to be evaluated. In 2012, it was moved to the U.S. Army Field Artillery museum in Fort Sill, Oklahoma where it was restored. It is likely the only surviving example.