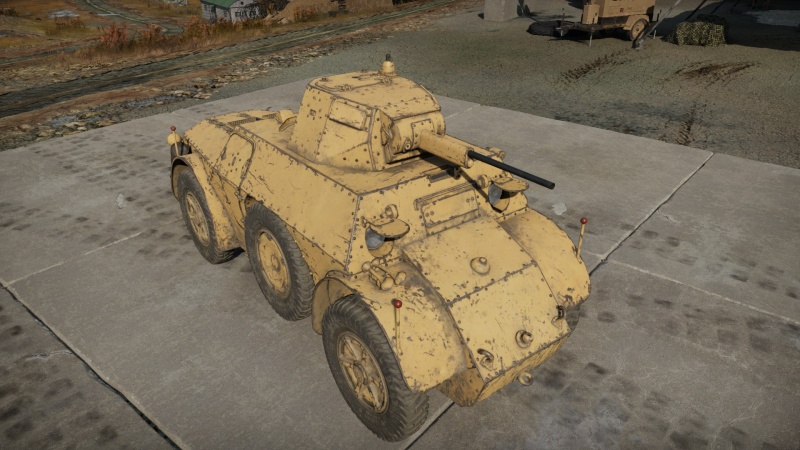 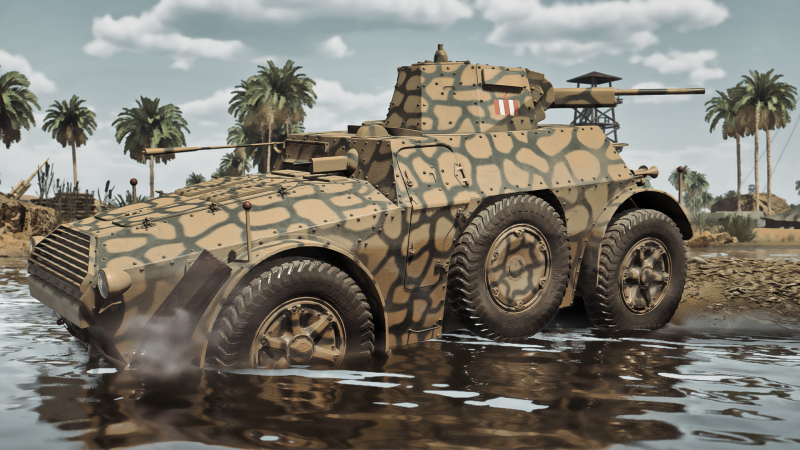 The Fiat-Ansaldo Autoblinda 41 or AB 41 is a reserve rank I Italian light tank with a battle rating of 1.0 (AB/RB/SB). It was introduced in Update 1.85 "Supersonic".

The armour of the AB 41 is very weak, and will not protect it from any weapons, including some light machine guns at close range. From the front an inexperienced enemy may shoot the turret, which is the most heavily armoured portion, but even that is easy to penetrate by all anti-tank weapons. From the side many shots will over penetrate, killing only two of the four crew members at most; from the side the crew is well spaced out. From the front the crew members are lined up, making it an easy one shot kill. The ammunition stowage is a large target from the side, but it will not always explode when hit. 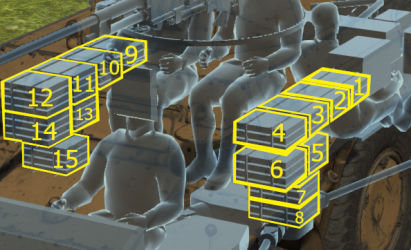 In addition to these roles, the AB 41 can be used against airplanes with its 20 mm autocannon.