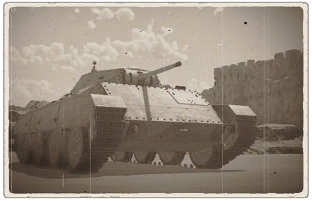 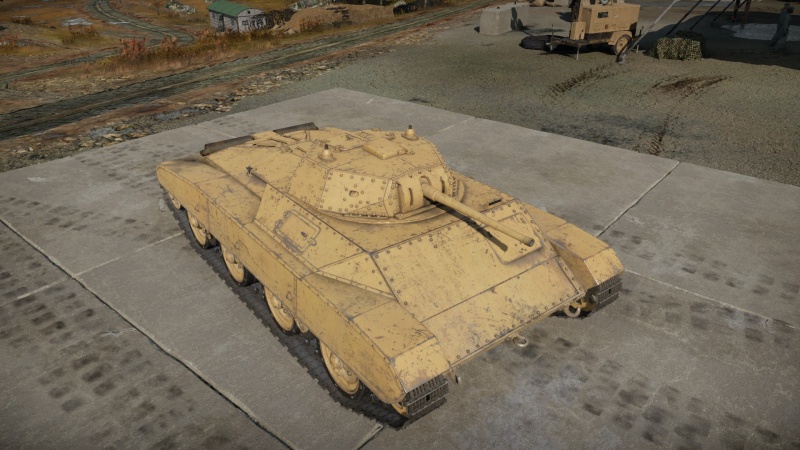 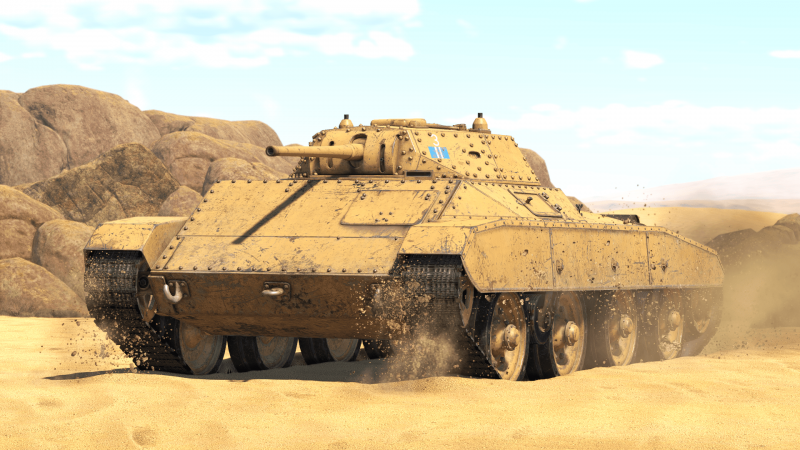 The Carro Armato M Celere Sahariano is a premium rank II Italian medium tank with a battle rating of 2.7 (AB/RB/SB). It was introduced in Update "New Power" for 700 Golden Eagles.

An Italian "Crusader", the Celere Sahariano is a significant departure from the standard Italian tank building school and shares several similarities with the P40 and Soviet T-34s, like angled plates all around the hull and large-wheeled suspension for better mobility. It was also the first tank to use a torsion bar suspension instead of semi-elliptic leaf spring suspension found on the standard issue Fiat M14/41, a design choice inspired by the Christie Suspension used by the BT-5, BT-7 and Crusaders.

The full designation of this tank stands as Fiat Carro Armato M Celere Sahariano or Saharian Fast Medium Tank. In War Thunder Community and several War Thunder Youtubers had referred to this tank as "wide boi" when looked at the tank from the front. 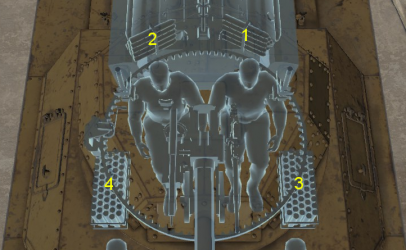 The Celere Sahariano is one of the best vehicles at its battle rating, thanks to the unique characteristics that make this vehicle a truly vital asset in any team. The vehicle comes fully spaded, so you won't have to worry about any module grinding. The best playstyle for this type of machine is either a brawler or support tank.

As a brawler you'll essentially be one of the few players leading the charge against the enemy team. This can be done quite easily thanks to the sheer mobility: the speed for a vehicle of its type is unlike the majority of vehicles you'll be facing. You are able to intercept a lot of unsuspecting enemies too, mainly in places where they will not expect an enemy to be at the start of the match, this will greatly come in handy as you'll be able to get a few eliminations with minimum effort required. Another bonus that will aid you when playing the brawler role is your armour, at your battle rating it can actually prove to be quite effective, especially frontally. You'll be bouncing most shots that come your way, paired up with your speed this will mean you should have the edge on most engagements as unsuspecting enemies might judge you too quickly and not do any substantial damage to your tank or crew. One upside of your tank is also your profile, you are not very tall compared to other tanks you'll face. This means that you can easily get in hull-down spots or even better, hide behind cover more effectively. So make sure to keep that in mind when you take it out.

As a support tanker, you can play it in multiple ways, but the most popular method with this vehicle is to use the speed advantage you have over the enemy team to easily flank them, and taking them out whilst they don't realise you are in the vicinity. This is usually one of the best playstyles as you get to fully take advantage of your mobility. You can also use your mobility to get in hard to reach spots at the start of the match, which can be very annoying for the enemy team. Your actual armament is nothing special, its the same the same 47 mm 47/40 mod.38 cannon also present of the AB 43 armoured car. It will be enough for you to deal with the majority of the threats you'll be facing, it's however recommended you do not bring a lot of ammo, to increase your chances at survival. One of the downsides of this vehicle is how long and wide it is, you'll find out that artillery and enemy aircraft will be one of your worst enemies, your speed will not be enough to render them useless. You should quickly find cover if you see an aircraft or artillery heading towards you. Last but not least, keep in mind which game mode you are playing, as in Arcade Battles enemies can easily find out where you are located due to the name tag showing up above you, and are able to quickly find out where your weak spots are. 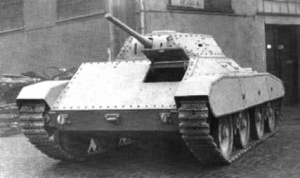 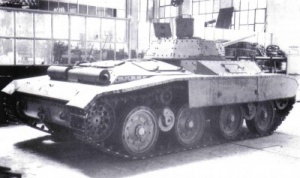 Already in 1941, work on the new vehicle began as mock-ups were created based on the existing M14/41 medium tank. The new vehicle incorporated thin, but sloped armor, as well as a torsion bar suspension system, instead of the more commonly used leaf spring system on similar fighting vehicles. A single prototype of the vehicle was built by 1943, which had multiple engines trialed, including aviation ones. However, with the worsening war situation, limited Italian industrial capacity and the P40 taking over production priority along with the fact that Italy was driven out of the theater for which the vehicle was initially designed for, all this led to diminishing interest in the vehicle.