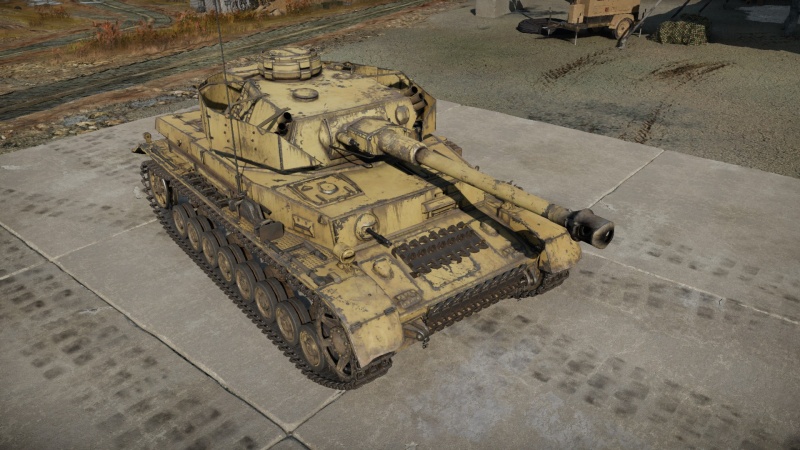 The ▄Pz.IV G is a premium rank III Italian medium tank with a battle rating of 4.0 (AB) and 3.7 (RB/SB). It was introduced in Update "Ixwa Strike". It differs from the German Pz.IV G by its longer gun, protection in the turret and its curved radio antenna.

The Pz.IV G has really great armour; due to it being well armoured, it can easily survive it being up tiered to rank III gameplay. This allows the Pz.IV G to perform a variety of playstyles, such as front-line assault, support, and as a flanker. Unlike the German version, this Italian variant removes the side-skirts but adds extra armour on the sides of the turret. The extra armour on the turret doesn't really help the vehicle too much in terms of protection, but it doesn't harm the vehicle by having it. Overall, the vehicle is good enough to survive encounters with formidable opponents, such as Shermans and T-34s.

The Italian Pz.IV G has a very similar playstyle as its German counterpart, the vehicle can work both as a sniper and brawler, thanks to its improved armour and great gun. One of the many upsides that you'll come to enjoy is the armour, which goes hand in hand with the brawler playstyle. As a brawler you'll usually be leading the charge for your team at the start of the match, this can be a very effective way to get easy eliminations if done right. Whilst leading the charge, it is essential that you maintain situational awareness at all times, as the un-sloped armour, while it can prove to be better than other counterparts of the vehicle, might not be sufficient to provide reliable defense in surprise encounters.

In terms of armaments, the Pz.IV G is armed with the KwK40 L/43, a great weapon which is able to deal with the majority of enemies it will face. The 75 mm KwK40 L/43 gun is still also good when up-tiered, and a monster when down-tiered. A solid hit on a target's front armour that's not sloped is very likely to penetrate.

When playing as a sniper, the gameplay is fairly simple, find a good spot on a map, angle your tank, and wait for incoming enemies to get in your line of sight. Depending on what rounds you choose to bring, you have usually a high chance to either destroy an enemy tank or seriously injure their crew, which will hopefully give you enough time to finish them off. Although you wont need to research the engine upgrade module for the Pz.IV G, keep in mind that the mobility of the vehicle is not the best, however adequate enough to get you to where you need to be at a good pace. One of the downsides of this vehicle is mainly that it will struggle at times to penetrate heavier foes, generally speaking most of them have weakspots you can take advantage of, in which case, situational awareness is vital.

The story of the Pz.IV G begins in Germany during the Second World War, the Pz.Kpfw.IV's creation, which, like its predecessor the Pz.Kpfw. III, was devised by German engineer Heinz Guderian. He was one of the many German engineers who wanted to create an adequate support tank that had the dual role of being used to handle anti-tank guns and take out enemy fortifications. As a support tank, the Panzer IV was to have the short 75 mm howitzer as its main armament and also a weight limit of 24 tons. MAN, Krupp, and Rheinmetall-Borsig worked on the development of the tanks, but Krupp's model was selected for further testing. After a lot of testing, and refinement of the design, such as the addition of a leaf-spring double-bogie system for its suspension, instead of the planned torsion bar suspension system (mainly for the sake of faster production), the design went into production. Shortly after, German armoured regiments would start getting equipped with the tank, and once an adequate amount of the vehicle had been put in service, surplus vehicles would either be sold/given to other countries, or they'd be used as a base for later variants of the tank. 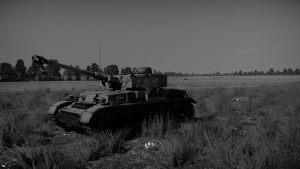 Eventually, once the vehicle had been used in active combat, some of its defects started to be revealed, mainly when facing Soviet armour, such as the T-34 and KV-1. It wasn't on par, and soon enough would see itself struggle. To amend this, the German engineers devised to upgrade the tank, mainly in its armament sector. The new tank would instead feature a much more powerful KwK40 L/43 gun, which was more than enough to deal with enemy armour at the time. The G variant also featured a stronger 80 mm thick front glacis armour with 30 mm side armour, which would really improve its overall survivability. Interestingly enough, German engineers would employ some weight-saving techniques, though even with these, the tank still weighed about 23.6 tons and put strain onto the driving system, a common issue surrounding many German vehicles at the time. Some simplification went into the tank such as the removal of the vision ports on the sides of the turret. Another armour upgrade would be the introduction of the Schürzen side armour side-skirts on the turret and hull sides. 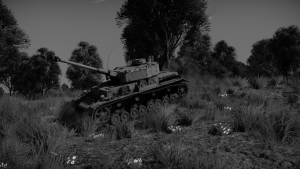 The Italian versions would remove this, as was the case for many Italian vehicles. In terms of the Italian story of this tank, Germany had supplied 12 units of the Panzer IV G to Italy during the late stages of the Second World War. They later joined the 1st Armored Division Black Shirts "M" (for "Mussolini"), which was established from May 1943, mainly starting from the very few survivors of the previous MVSN Battalions M who had been repatriated from the Russian front. The division was organised in 3 companies, which one of them comprising the Pz.IV G, they were slightly modified however, such as with the removal of the side-skirts and the introduction of additional armour placed around the turret. The Italian Pz.IV Gs would be painted in a light tan colour with the Divisione "M" logo usually painted on the turret. On 25 July 1943, they were transferred to the 136th Armored Division "Centauro II". They didn't see any action during the war, most of them were still undergoing training at the time and most, if not all of the tanks would end up in Allied hands shortly after the war.