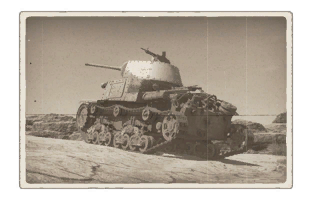 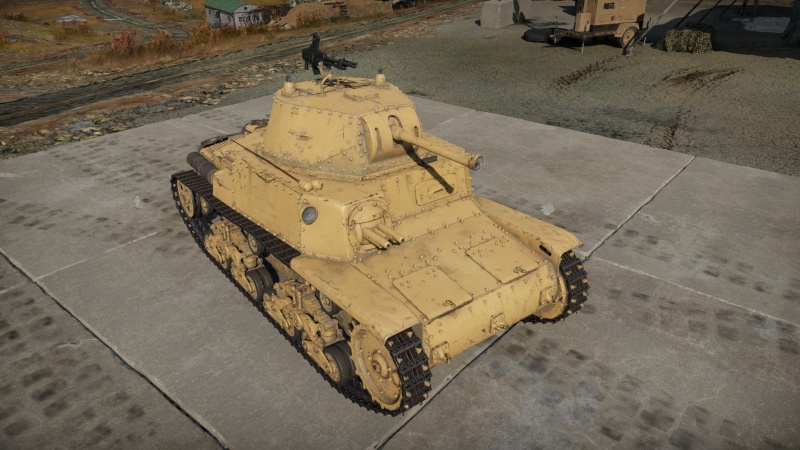 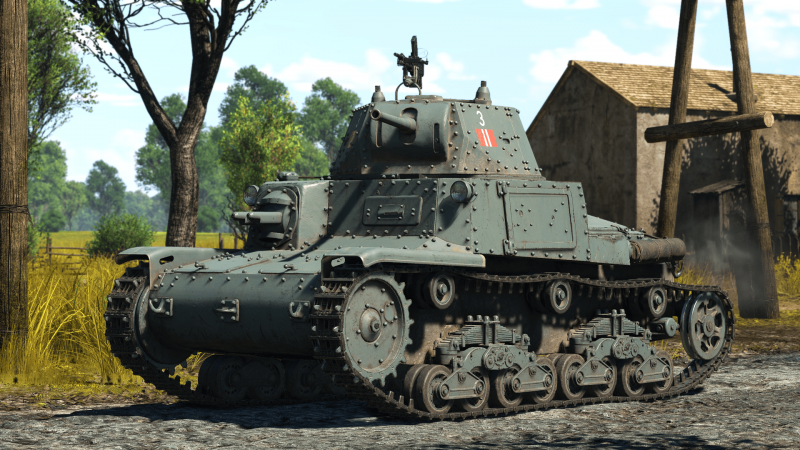 The M13/40 (III) is a superior version of the M13/40, which has reload speed and default camouflage of model (II), while retaining gun depression of model (I). You can distinguish it visually from other 2 by spotting small "bump" on its turret's top (above the gun), which was made so that the gun can depress with the new loading mechanism.

Most of the hull armour is flat, so despite quite high frontal armour values the M13/40 (III) must always be angled when engaging an enemy combatant or risk easy penetration of the vehicle. The side armour value is not as good as the front, but at extreme angles, it becomes more effective. The turret, however, is not as reliably weak. The strange angles of the mantlet and small size makes the turret quite strong against Rank I vehicles and even if a shot does penetrate, the mantlet will likely absorb enough of the shrapnel to keep your turret crew relatively unharmed.

As long as you angle your tank right, you will have 36 to 50 mm of effective armour thickness and use it to block enemy shots. If a hull-down position is available, that will be your best option to increase survivability. Destroy British tanks and any SPG as soon as possible, as every single one of them can destroy your tank. It is also worth prioritizing Soviet and certain USA tanks as well, however not every one of them can penetrate your armour reliably.

Mobility of the M13/40 (III) is sluggish on anything but flat land, but it's adequate as long as you don't try to climb steep hills or to cross the entire map fast. Attempting steep hill flank will just get you stuck and leave you exposed to enemy fire. 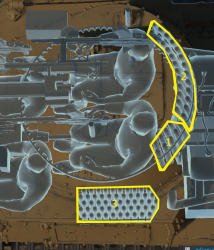 Although the pintle-mounted machine gun cannot traverse independently of the turret on the horizontal, its limited vertical traverse can make it useful against unprotected SPAA as well as strafing aircraft. The coaxial-mounted machine gun is hard to use for anything, as it's limited by the traverse of the main gun. Additionally, it has a very small magazine size so it's recommended not to needlessly fire your machine guns throughout the battle, and keep a full magazine at all times.

Intended to replace the unsatisfactory M11/39, the M13/40 retained its main mechanical features, but with a more powerful gun in a fully rotating turret. The M13 was slow, unreliable, and suffered from the tank commander doubling as the gunner. Similar to early Soviet and French tanks, it did not receive radios as standard equipment until 1942. Nevertheless, it became the standard Italian medium tank from 1941 on, and is the best known Italian tank of the war. In War Thunder, the M13/40 (III) represents those made earlier in the production run, with hydraulic traverse gear and radios in place. They have less maximum ammunition than the (I) model as a result.