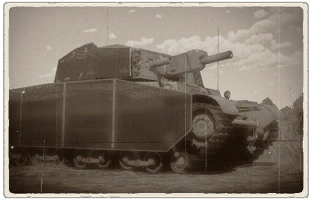 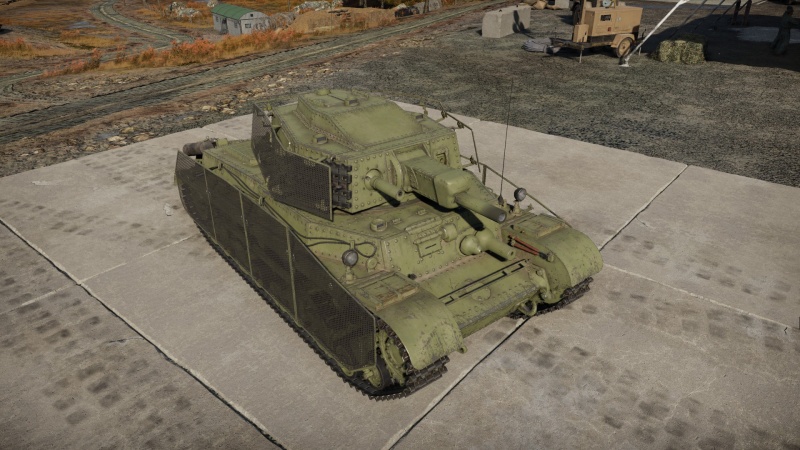 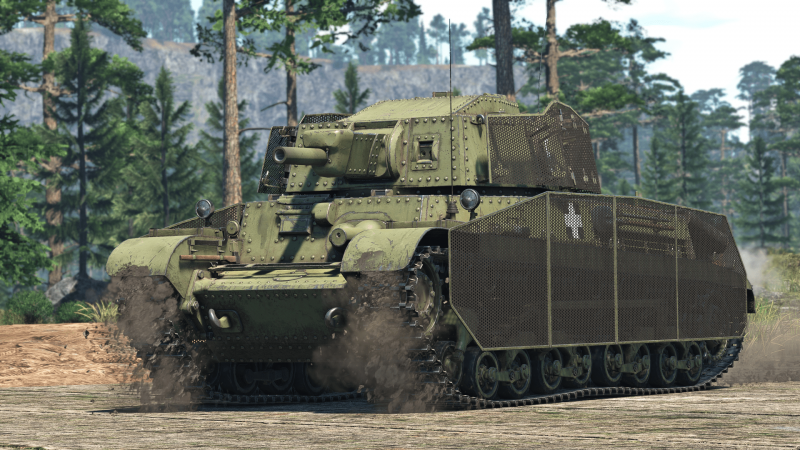 The 41.M Turan II is a premium gift rank II Italian medium tank with a battle rating of 2.3 (AB/RB/SB). It was introduced during Update "Winged Lions" as a reward for Battle Pass: Season VI, "Firepower".

The Turán II is a Hungarian medium tank with a powerful rapid firing 75 mm howitzer. The Turán II boasts good mobility, excellent reverse speed and adequate armour protection, making it a well-rounded medium tank worthy of it being sometimes referred to as "the Hungarian MBT". 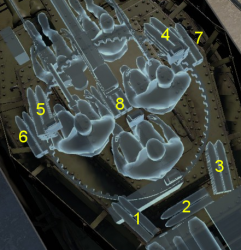 Ammo racks of the Turan II

The Turan II shares many strengths and weaknesses with other Axis medium tanks at its Battle-Rating, most similarly the Pz.35(t) and Pz.38(t) family of vehicles, which historically it is closely related to.

The Turan is a boxy vehicle, both the hull and turret are mostly made up of nearly vertical plates, frontal hull and turret armour is thickest at 50 mm. As previously noted, slight angling can increase the effective armour of the Turan. The mesh side skirts give added protection against HEAT rounds. However, the armour overall is average for the BR. Playing the Turan conservatively can maximize survivability as the armour can be defeated by many other vehicles at this BR. The crew of five helps survivability, but they are somewhat close together, and the shells are placed all throughout the tank, including the turret, increasing the chances of getting ammo racked.

The Turan has deceptively good mobility for a tank of its size and armament. It has a decent acceleration and top speed, and a great reverse speed. The hull and turret traverse are both average. Using the Turan's mobility to find good flanking locations pairs well with its relatively quick reload and good gun depression. The 75 mm cannon has a lower velocity and three different shells. The HEAT shell is clearly the superior round with up to 90 mm of penetration at any range. The APHE can inflict more post-pen damage but at the cost of a drastic drop in penetration, less than half that of the HEAT round. The HE round doesn't have many practical uses, as the HEAT round often is sufficient to overpressure certain vehicles.

A decent acceleration and top speed, and a great reverse speed. Hull and turret traverse are average. Using the Turan's mobility to find good flanking spots pairs well with its fast reload and good gun depression. 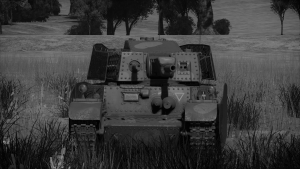 At the beginning of the 1940s, the Hungarian military decided to develop its own medium tank on the basis of the recently developed Czechoslovakian T-21 medium tank prototype. After one test unit successfully passed initial trials in Hungary, several changes were made to the design, including the fitting of a Hungarian 40 mm cannon as well as increased armour protection. The resulting T-22 design would then be officially accepted into Hungarian service as the 40.M Turán in November 1940. 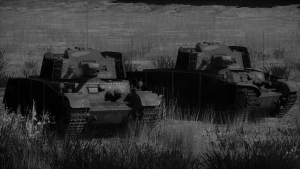 An initial order of 230 Turán Is was issued in September 1940, but production ended up being delayed by several months due to incomplete technical documentation. Production started only in March 1941 after Škoda supplied the complete technical documents, with the first 40.M Turán I rolling off the assembly line in July 1941. However, before even the first vehicle was constructed, the Hungarian General Staff realized the need for upgrading the vehicle and thus formulated the specification to upgun the Turán with a 75mm gun. However, as no such gun could be developed by Hungary at the time, a WW1 field gun was selected to be modified for tank use.

This undertaking was successful, though it required the Turán's turret to be enlarged slightly. The first prototype of this modification, which became known as the 41.M Turán II, was built in January 1942 and entered service in May. In total, around 195 Turán IIs were constructed until 1944. Today, only a single example of the Turán II survives and is on display in the Kubinka Tank Museum in the vicinity of Moscow.