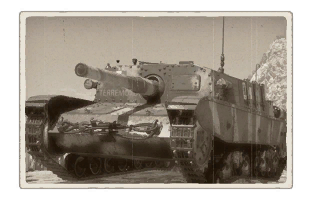 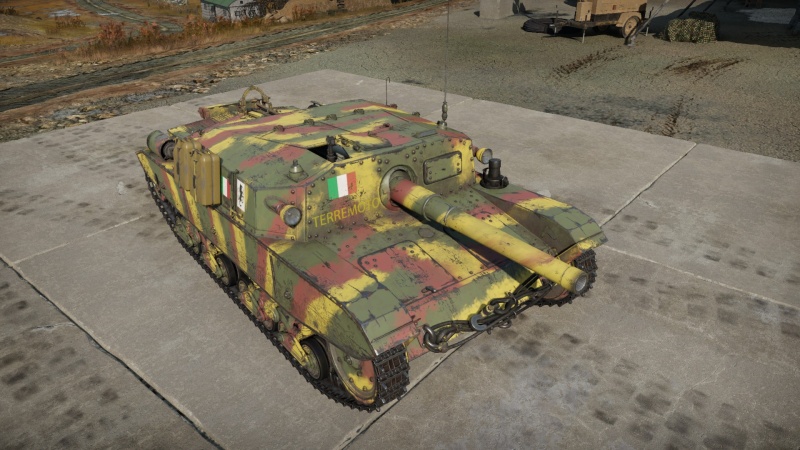 The Semovente 105/25 M43 G.C."Leoncello" is a premium gift rank III Italian tank destroyer with a battle rating of 3.0 (AB/RB/SB). It was introduced as a premium pack in Update 1.85 "Supersonic", and was discontinued after the 2019 Summer sales. It was made available briefly for purchase with Golden Eagles

during the 2022 "Italian National Unity and Armed Forces Day" mini-event.

The M43 "G.C.Leoncello" got rid of the biggest vulnerabilities of the previous Semoventi: the vertical armour front plate is now much thicker, the sides were reinforced and the crew is less cramped thanks to the widened hull. However, the poor roof armour and a crew of only 3 are still weak points. Your front plate is also now wider and easier to target. With the BR increase, foes are also better armoured, which slightly tones down the benefit brought by your armour increase.

The ammunition choice for the M43 "G.C.Leoncello" is focused on the anti-tank role:

Both shells have slow muzzle velocity and will have a curved trajectory. Use this to hit enemies hiding behind a ridge. 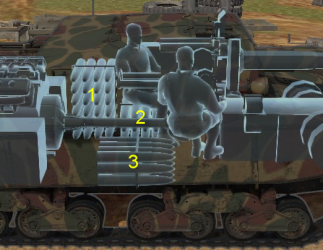 The M43 "G.C.Leoncello" is best when used as a tank destroyer thanks to its good frontal armour and the good penetration of its rounds, provided you stay at a distance guaranteeing your survivability (800-1,000 m). Although the Leoncello lacks any kind of turret, there are benefits and also some disavantages. At a distance, the Semovente's limited traverse is less a handicap and makes it harder for the weak spots of the vehicle to be hit. The vehicle's primary advantages include its low profile and powerful gun which can easily defeat most enemies it will encounter at range while remaining a relatively obscured target With a maximum penetration of 72 mm at 1,000 m for the APC round and 120 mm for the HEAT shell, the vehicle will have no problem penetrating the armour of most enemy vehicles at the BR. However, the low-velocity 105 mm howitzer makes it difficult to target and hit reliably enemies at long range and the long reload time prevents you from coming quickly with another shot. If you play too close to the frontline, most tanks will be capable of disabling you. Your weak sides will be exposed if you are taken in a pincer move and your long reload time will give enemies the opportunity to get to a better shooting spot or to close the gap between their location and yours. So it is overall vital that you do not get flanked and you always have friendly tanks to aid you whenever you are in trouble.

Production began in April 1943, with a planned production run of over 800 vehicles. However, with Italy's industry at this late stage of the war being severely crippled, production was slow and reaching such high production goals was more than unlikely.