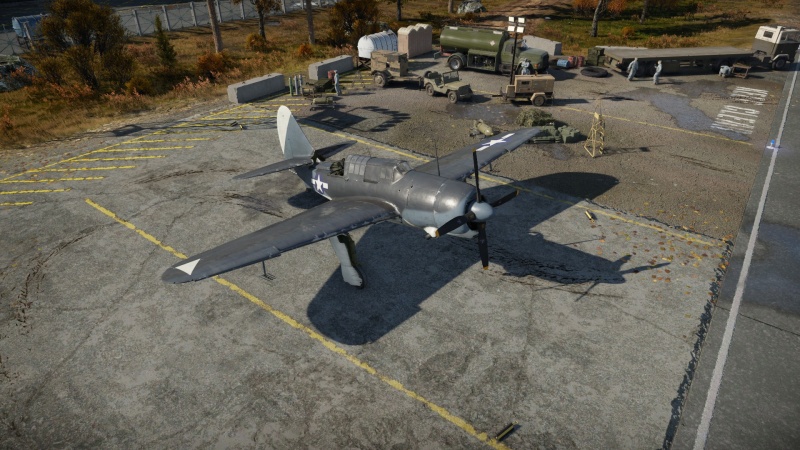 The SB2C-4 Helldiver is a rank III American dive bomber with a battle rating of 3.7 (AB/RB/SB). It was introduced in Update 1.53 "Firestorm".

If you come across a SB2C-4, attack from its unprotected bottom which is easy to hit due to planes low speed and pilots rarely looking below their planes. Avoid attacking it when it is in a dive

The SB2C-3 had added the R-2600-20 engine, which was rated at 1,900 hp. This helped to solve the power to weight issues of the earlier models. The SB2C-4 added eight wing racks for carrying 5 in (127 mm) HVAR unguided rockets, with four on each wing. Additionally, mountings for one 500 lb bomb on each wing were added - a total of two 500 lb bombs; these could be carried when not carrying rockets. These armament options were in addition to the centerline bomb bay in the fuselage, which could carry up to 2,000 lbs of ordnance. 2,045 SB2C-4 aircraft were produced, making it the most produced variant of the SB2C Helldiver.