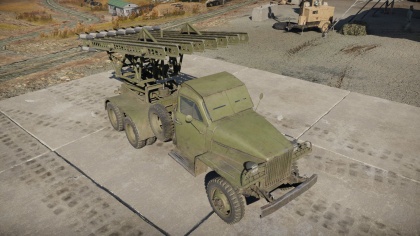 The BM-13N is a premium gift Rank II Soviet tank destroyer with a battle rating of 3.7 (AB/RB/SB) also known as "Katyusha". It was introduced during Update 1.67 "Assault" as part of the 2017 Victory Day Event. The vehicle is unlocked during the event by destroying five vehicles using the BM-8-24.