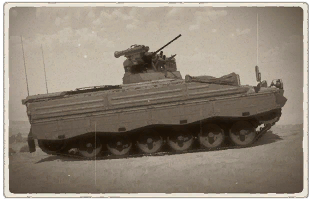 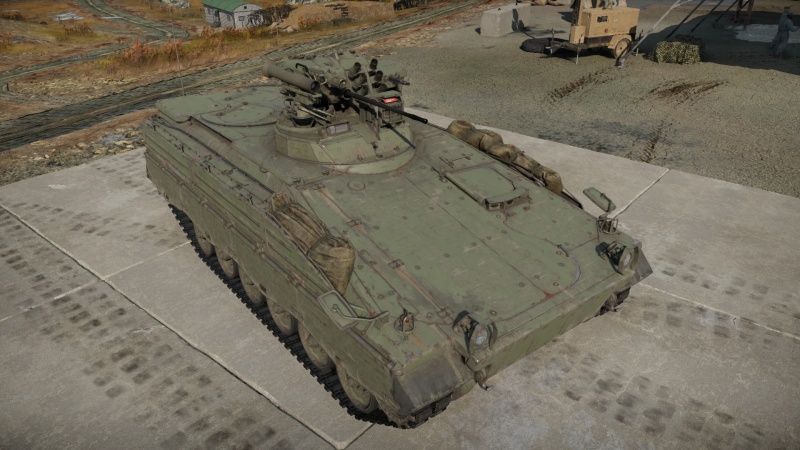 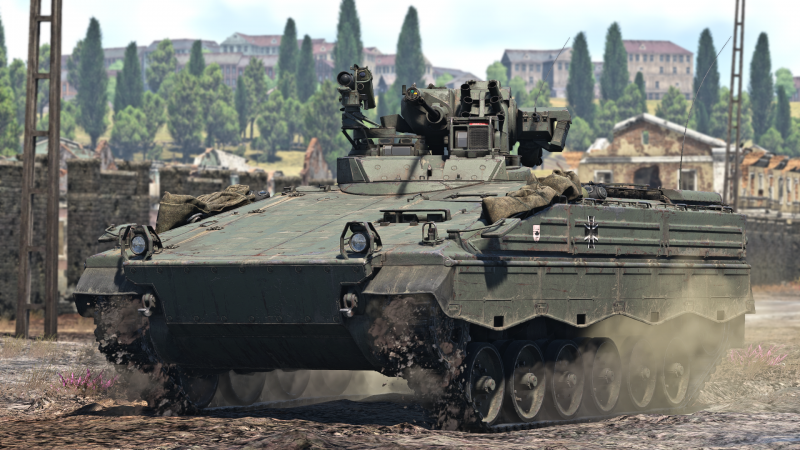 The Marder 1A3 is a rank V German light tank with a battle rating of 8.0 (AB/RB/SB). It was introduced in Update "Direct Hit".

The Marder 1A3 is an improvement over the Marder A1- with additional armour plates added all around the hull that should make the vehicle better withstand autocannon rounds from a distance, though close-range protection is still paper thin. The additional armour implemented on Marder 1A3 does make the vehicle slightly heavier than the Marder A1-, and while this should make impact mobility slightly, the differences in in-game performance is negligible. Armament between the two variants are similar too, with the Marder 1A3 retaining the MILAN ATGM and the 20 mm Rh202 autocannon. Armament differences lay in the APDS availability for the 20 mm autocannon and the removal of the rear-mounted MG3A1.

The Marder 1A3's armour is minimal, even if a bit better than its predecessor's. Any calibre larger than light machine guns (7.62 mm) can penetrate the vehicle. Therefore you must be careful and not expose the vehicle.

The mobility is very good with a top speed of 84 km/h both forwards and backwards. This makes you faster than most other tanks at this battle rating. 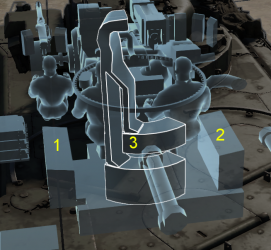 Ammo racks of the Marder 1A3