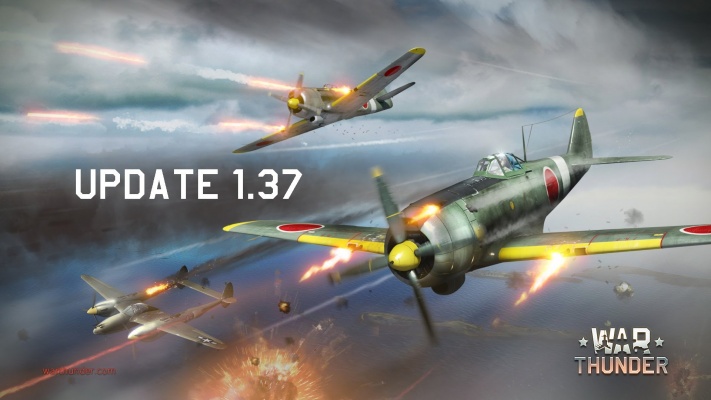 Update 1.37 (changelog) (changelog with correct formatting) was introduced on 18 December 2013. It is most notable for completely reworking the progression system (old 20 tier system replaced with 5 ranks). The update also added Custom Battles, 8 new maps, and reworked over 70 flight models.

TB-3 and XF5F are being given out starting from today, all players who completed at least 10 tasks will receive their rewards within the next few days.

The latest update of War Thunder will please players with interface changes, several planes will get their performance adjustments and also a lot of bug fixes have been made.

Completely changed FMs of these planes (according to data sheets):

Players that are not yet connected to the battle or disconnected during the connection process are now shown in the scoreboard menu as:

It takes twice less time to capture the zone
If a team loses all its tanks, it is automatically defeated