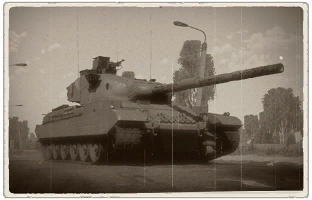 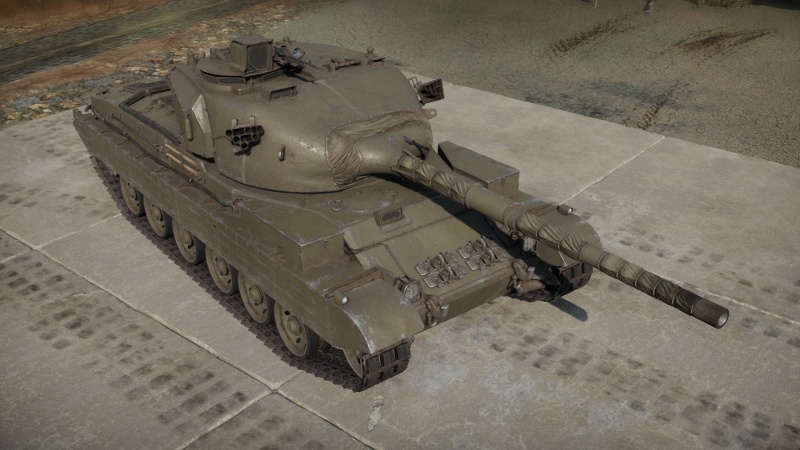 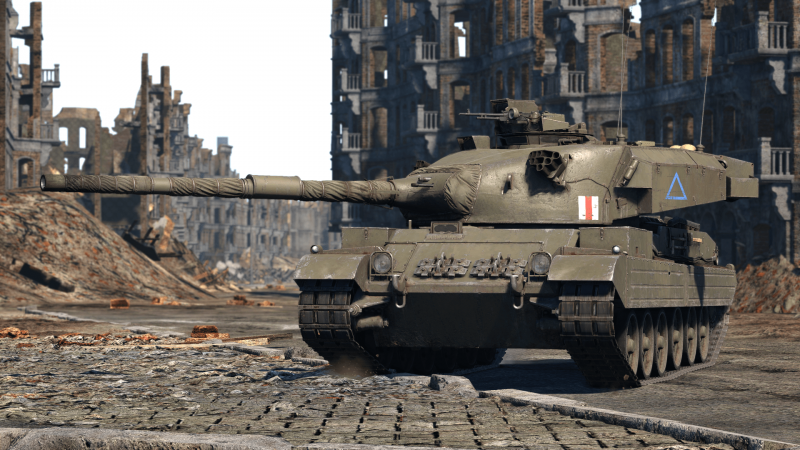 The Vickers Battle Tank Mk.3 is a rank V British medium tank with a battle rating of 8.0 (AB/RB/SB). It was introduced in Update "Direct Hit".

The hull armour is weak and cannot be relied upon at this battle rating, while the turret can bounce some poorly shot shells due to its sharp angles towards its side. Getting to a hull down position and utilizing the tank's ability to retreat when a shot is fired or received is necessary to prevent getting shot and damaged. The turret houses 3 of the 4 crew members, meaning that a good shot (unless protected by the gun breach) will knock out all 3 crew members and send this vehicle back to the hangar. 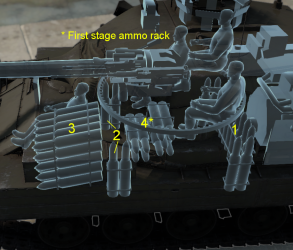 Ammo racks of the Vickers Mk.3

There are multiple ways to play this tank. The most common way is utilising your good acceleration and speed to get into key sniping points on the map. Here the use of your laser rangefinder can help you snipe up to 2 km effectively. For this role, APDS is recommended due to its higher velocity than the HEATFS shell and yet still have decent penetration. Use your first shot to make the enemy tank immobile and then finish them off as it is highly unlikely they shall be able to locate you at a distance, find the proper range (unless they they happen to also have laser rangefinders which is more likely in a uptier battle) and then shoot you. To snipe, it is also advised to go hull-down and use the 10* of gun depression to reduce the amount of area exposed to enemy fire. Although not comparable to other tanks at its BR, the reverse speed of 11 km/h is still decent to get out of sticky situations.

The Vickers Mk.3 can also be used in CQC and urban fighting maps as it has good mobility and turret traverse to be able to react to an enemy in different directions. The commander's machine gun on top of the turret can be used to mark targets for friendly players as well as be able to deter incoming planes or damage them.

A mixture of APDS and HEATFS shells are good as the APDS can reliably damage an enemy tank upon penetration due to its better post-penetration damage than the HEATFS shell. The HEATFS shell can be used in scenarios such as an uptier where the APDS shell may be too lacking for penetrating much better armoured tanks and MBTs

Notable enemies and how to engage them

How to counter the Vickers Mk.3