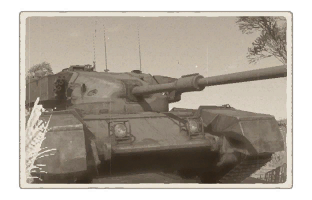 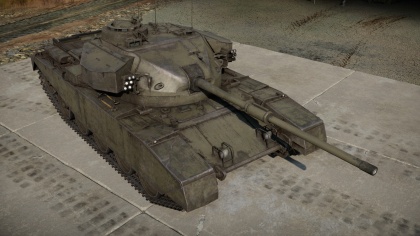 The FV4202 is a British medium tank. It has sloped frontal armour, a well rounded and thickly armoured turret and a powerful 84mm gun with access to APDS ammunition. The first thing that you may notice when you first get the FV4202 is that the stock 20pdr gun is far more effective than the stock 17pdr gun, due to the fact that you start with APCBC ammunition, which is far more effective than the 17-pdr's purely AP stock rounds. This makes it far more forgiving than tanks like the Centurion MK1 or the Challenger. When fighting in a low rank game, it can be a game changing tank. It can easily take out Tiger I and Panther tanks at long range whilst remaining resistant to enemy fire. Even Tiger II tanks are vulnerable to the 84mm gun, though their gun poses a big threat to you, especially at long range. When you get up-tiered, you will face far more challenging enemies. With a BR range of 5.7-7.7 you can face the Jagdtiger, Leopard I , IS-6, IS-3, IS-4M, the T-54, and even the Maus if you're playing realistic. These are all highly resistant to your APDS (even from the side in the IS-3/IS-4M case), and have extremely potent armament.

When you get up-tiered the weaknesses of the FV4202 start to show. To start, it has a very poor reverse speed. As a British tanker, you will have experience with similar issues from vehicles with the Cromwell chassis, but the FV4202 has nowhere near the mobility, so it is difficult to quickly escape from a bad situation as it was with Cromwell based tanks. The frontal armour is thin and so is particularly vulnerable to high calibre HE shells. Also, although thickly armoured, the turret has some flat parts which are easily penetrated by many tanks of the BR. Finally, there are only four crew in the tanks, three of whom are in the turret. A turret penetration may knock out the entire turret crew and destroy the tank.

Aiming for the LFP (Lower Frontal Plate), with an effective thickness of around 150mm, is probably the easiest place to go for when targeting the FV4202 from the front. By doing this, you are both taking out the driver and ammo. Aiming for the plate under it to take out the transmission and possibly the driver is also an option from the front. If your tank has a more powerful gun, aiming for the upper cupola or weak spots such as the gun mantlet or armour cheeks is possible. Tanks such as the IS-2 can also aim for the upper roof of the tank as HE shells can take out this armour while knocking out most, if not all, of the turret crew. 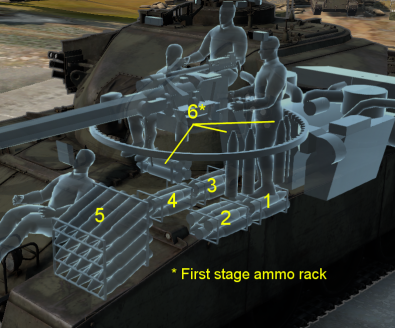