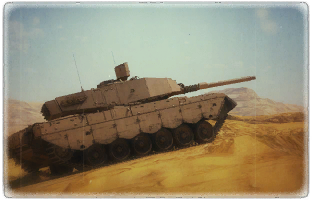 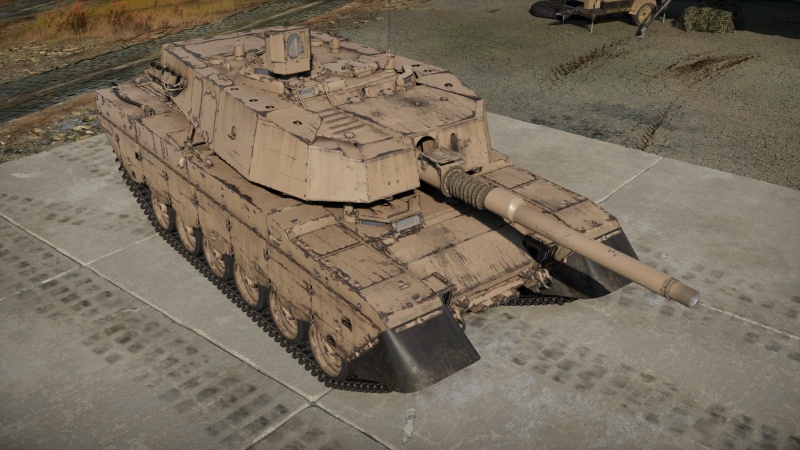 The Olifant Mk.2 is a rank VI British medium tank with a battle rating of 9.0 (AB/RB/SB). It was introduced in Update "Ixwa Strike". 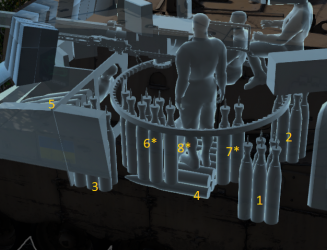 Ammo racks of the Olifant Mk.2

The South African Defense Force (SADF) began planning to replace the Olifant Mk1B main battle tank (MBT) in the late 1980's. Foreign designs such as the French Leclerc and British Challenger 2 were studied and it was planned that the new MBT was to have an entirely new hull from the Olifant Mk1B. But, due to a greater need of the budget for the navy and air force, a new tank was scratched from plans in 1988. Instead, an upgrade of the Olifant Mk1B would have to suffice.

The main areas that were upgraded on the Olifant Mk2 were the mobility, crew ergonomics, and fire control system (FCS).

The Olifant Mk2 maintains the standard crew of four and the general layout from the preceding Olifant variants but with improvements to specific areas such as mobility and fire control system (FCS).

For increased ergonomics, two water tanks are fitted in the turret to store a total of 101 liters of water for the crew. The water tanks can be accessed from the loader and commander's stations.

The fuel capacity of the Olifant Mk2 was reduced from 1,382 litres to 1,285 litres compared to the Mk1B. Despite the reduced fuel load, the maximum range remained at approximately 360 km - the same as on the Mk1B.

The main armament of the Olifant Mk2 consisted of a 105 mm GT3B rifled gun, which was a variant of the Royal Ordnance L7 that was produced in South Africa by Lyttleton Engineering Works (LEW). The gun was fitted with a thermal sleeve as standard.

The electrical turret and gun control system fitted to the Olifant Mk2 allowed for a full 360 degree rotation of the turret in 16 seconds. The extended turret bustle at the rear of the turret helped to increase space for storage and equipment, but more importantly it balanced out the heavy armour on the frontal side of the turret. This helped to reduce strain on the turret control system.

A new fire control system (FCS) was used that included hunter-killer capability, in which the gunner and commander could each search for targets and control the turret systems. The gunner's sight was fitted with thermal imaging and the commander also received an independent thermal viewer (CITV). The gunner was provided with a targeting screen that displayed the sight image along with the data from the ballistic computer and integrated laser rangefinder, and the commander could also view the image from the gunner's sight. The FCS included an automatic tracking function in which the turret would automatically track a target selected by the gunner or commander even while on the move. The gun was fully stabilized, allowing for a good hit-on-the-move capability and the FCS allowed a high accuracy in general.

Secondary armament was provided by a coaxial 7.62 mm machine gun with 6,600 rounds of ammunition carried.

A fire suppression system was installed in both the crew and engine compartments for automatic extinguishing of fires. Two banks of four smoke grenades each are fitted on each side towards the rear of the turret. An engine exhaust smoke system is fitted to allow the generation of a smoke screen by injecting fuel into the engine exhaust.