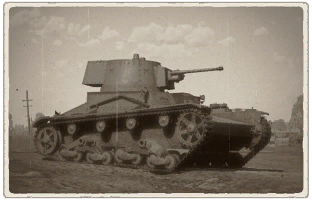 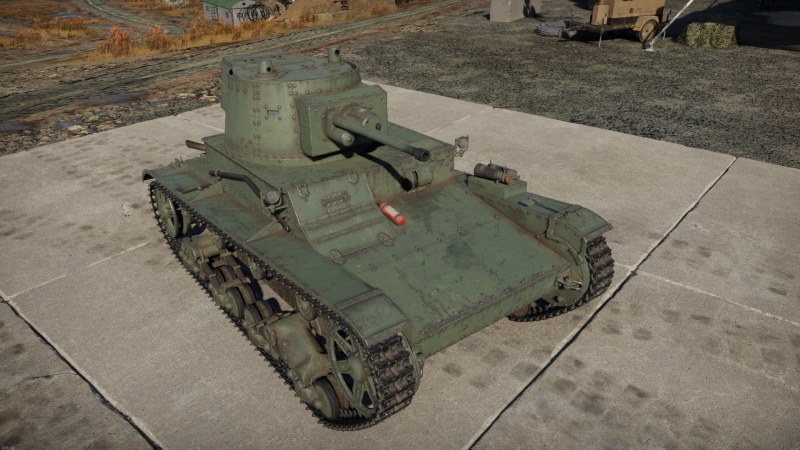 The Vickers Mk.E Type B is a rank I Swedish light tank with a battle rating of 1.0 (AB/RB/SB). It was introduced in Update "Fire and Ice".

The armour on the Vickers Mk.E will only stop rifle-calibre munitions reliably, although some machine guns like the British 7.92 mm BESA or the German 7.92 mm MG34/42 can easily punch through certain 10 mm plates. The unsloped armour plates, combined with their weak protection levels boils down to one conclusion: avoid getting shot at. However, unlike the T-26, the Vickers comes with 4 crewmen, which means that shells with no explosive filler shells may not knock out the entire crew with one hit to the hull, giving you a small chance to fight back, but don't count on this too much.

The Vickers Mk.E has a cruise speed that allows it to keep up with most vehicles at its BR. You will not be doing anything close to racing speeds, but the tank will get you where you need to go in due time. 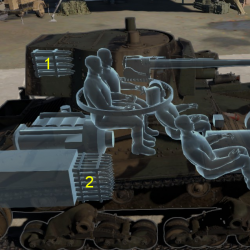 Ammo racks of the Vickers Mk.E

The small calibre of the ksp m/36 machine gun makes it only suited to damage open-topped vehicles or low-flying aircraft. The belt is large enough to fire continuously at the enemy for at least 20 seconds.