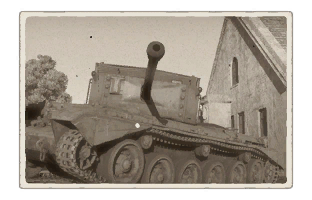 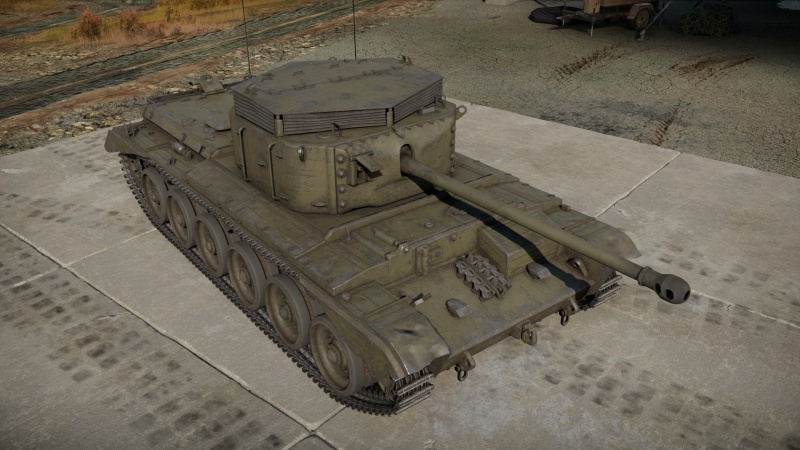 The Self Propelled 17pdr, A30 (Avenger) is a rank III British medium tank with a battle rating of 4.7 (AB/RB/SB). It was introduced in Update 1.55 "Royal Armour" along with the initial British Ground Forces tree. It is armed with the 17-pounder, with no secondary armament. It was based on a lengthened Cromwell hull from the A30 Challenger from World War II.

The Avenger is one of the most unexpected survivors on battlefields of War Thunder, both arcade and realistic mode.

All of this is due to fact that its crew sits in very specific places and the vehicle's armour doesn't have any small, weird weak spots. In fact, armour and overall module placement is so solid, it can sometimes hold off a SPAA attack, some bombs, and even a 75 mm from an M4A3E2 with some angling and range.

The only strange weak spot the Avenger has is the windows on top of turret. While roof windows seem to be a flaw, as it creates potential for HE shells to simply fly inside of the Avenger and decimate entire crew, in reality nobody uses those types of rounds at this BR. Even if decently strong HE hits the hull, the tank won't take overpressure damage despite windows having nonexistant protection or even being destroyed. Even strafing planes have hard time hitting anything through those windows, and rather penetrate the roof directly, which is still a challenge. 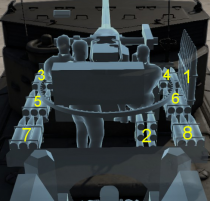 Ammo racks of the Avenger

The Avenger is the first tank in the British tank destroyer line to have a X6 scope. It will not get any better than this until rank VI, so get used to it - it will be the same across entire tech tree for a while with SPAA being the only exception.

Compared to other tanks in rank III, this scope is slightly or moderately superior to most medium and heavy tanks, but do not expect to outsnipe German SPGs as they have same optics or even better.

Sniper: As said earlier, the Avenger's crazy depression angles and good gun, combined with its great mobility and good climbing characteristics makes it ideal for the sniper role. Its mobility allows the Avenger to get anywhere on the map, an intelligent pilot will avoid main roads where encountering enemies upfront is often a death sentence and prefer unexpected roads, surprising camping spots, your enemy must never know where to expect a shot from. When firing, make sure to change position every 2-3 shots (every time you destroy a tank). With a good mix of luck and skill, you can even find a good viewing point on the enemy's base pretty early in the game (even in AB). Make sure sure to hide your turret top since HE and some APHE can detonate from the thin plate of your half open-topped turret, resulting in a crew knock out. One last thing to consider: the Avenger's functional elevation angle is lower than its characteristics says: the optics gets blinded in the last 1-2 degrees.

What's great with this vehicle is it can change role pretty fast in the game. A great way to use this vehicle at its plains potential is on a map like Mozdok or El Alamein. A good example of tactics is being flanker early game, then sniper to clear the next capture point and then flanker again to go get it (provided you do not get shut down).

An attempt to improve on the Challenger was the A30 SP Avenger, which used a different open-topped turret to save weight on the tank design. However, due to priorities on the Comet tank in the Vauxhall Motors plant, they were not being built until 1945 and weren't used until after the war in Europe is over. 250 units were built and formed part of the British Army of the Rhine stationed in Germany after the war. They did not see any combat action during their service life.