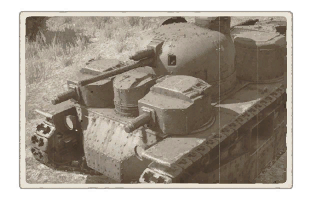 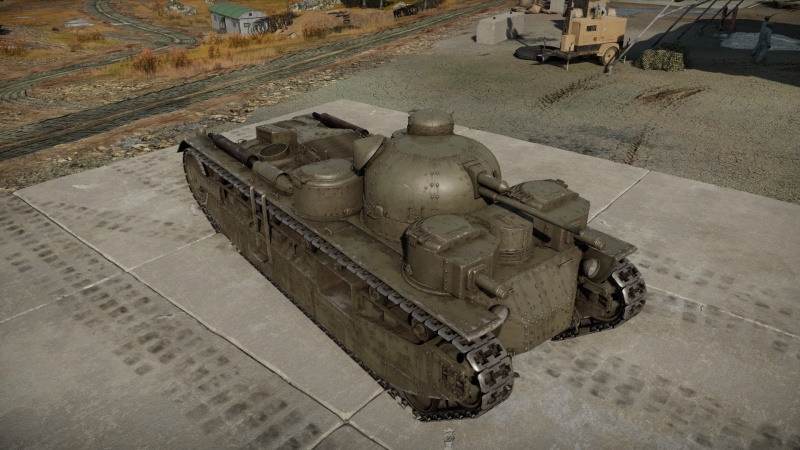 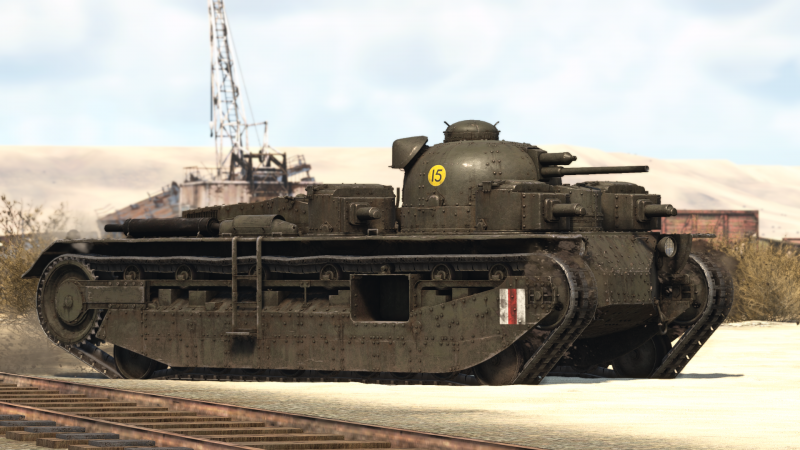 The Independent (A1E1) is a premium rank I British heavy tank with a battle rating of 1.3 (AB/RB/SB). It was introduced in Update 1.63 "Desert Hunters". The A1E1, with its five turrets, serve as the instigator of the multi-turreted concept that spread to the Soviet T-35 and the German Neubaufahrzeug.

The QF 3-pounder is a somewhat unique weapon, being one of the few guns you will come across in the British tree capable of firing shells with explosive filler, indeed armour-piercing high explosive (APHE) is the only ammo type available for it. The explosive filler gives the QF 3-pounder somewhat better damage than that of the far more common QF 2-pounder, however this comes at the cost of significantly worse penetration. The reload rate is also slightly slower than the QF 2-pounder, however it still fairly quick with a shortest possible reload of 3.0 seconds (compared to 2.8 seconds for the QF 2-pounder).

The penetration of the QF 3-pounder is adequate although being lower than that of the QF 2-pounder you may find some targets harder to deal with than you were expecting. Although having fairly good damage the gun is often still not powerful enough to kill some larger tanks with a single shot. 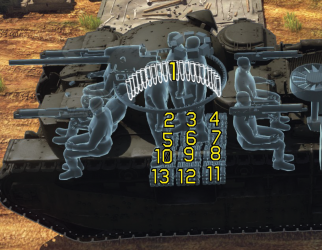 Ammo racks of the Independent

The A1E1 Independent is a large and somewhat slow tank that has a fairly unique playstyle. The multiple turret design is rare, with only a few other vehicles having this feature. Unfortunately, the independent's turrets are only armed with machine guns, meaning they will not be useful against most enemies. However, the large size and multiple turret design allows the Independent to survive large amounts of enemy fire. This is not because it has armour capable of bouncing enemy shells, but because it is exceptionally difficult for enemies to knock out all of the crew. The crew count can be considered a sort of health bar, while on low crew the Independent will be easily destroyed. The firepower is decent, but may struggle in many scenarios. The 3 pounder cannon is one of few guns in the British tree that fires APHE, but it suffers from low velocity and an unreliable fuze. The independent is best used as a heavy tank, trying to get close to enemy tanks, and tank damage for friendly tanks.

At close range the Independent is at an advantage against most foes. The survivability allows it to tank multiple hits from enemies. So long as you are able to destroy the enemy tank within the first few shots, you have the advantage.

Long range engagements are not the strong suit of the Independent. The Independent's gun is unreliable at range, and some enemies will be able to slowly incapacitate the Independent's crew, until it is destroyed. At range, make sure to use cover and not overexpose the tank, as your crew members are your most valuable asset.The turret armour may be able to bounce shots at range.

There are several tanks that the Independent may encounter near its BR that pose a serious threat to it. These tanks are dangerous because they are able to quickly destroy the Independents' biggest asset, the large crew count. One example is the Ho-Ro which can knock out the entire tank in a single hit due to its large artillery cannon. Similarly, the Panzer II series can quickly cut through the crew of an Independent with their KwK30 and KwK38 cannons.

During the interwar period, British General Staff requested for a heavy tank design in 1924. The project, undertaken by an engineer named Walter Gordon Wilson, was designed by the Armstrong Siddeley engineering group. The finished prototype model was delivered to War Office in 1926. The design of the tank, named "Independent", was a multi-turreted design with a total of five turrets. The one in the center held a 3-pounder 47 mm gun while the other smaller turrets at the main turret's corner held Vickers machine guns. The tank can hold 8 crew members, a driver, four machine gunners, and three in the turret. It was around 28 tons and 25 feet long, despite being only 8 feet wide. This length caused some early problems as the tracks were too thin for the width, causing the rear sprocket wheels to peel the vehicle design as it continues to turn. W.G. Wilson attempted to fix this with an epicyclic steering system, but the tracks still wore out quickly. A unique feature on the Independent was a small opening on the left side of the tank that allowed for the placement of a stretcher for wounded crew members inside the tank to be pulled out from. [1]

During the development and testing process, the Independent design was a item of espionage by the international community. Plans of the design ended up in the Soviet Union and in Germany, with a British officer named Norman Baillie-Stewart court-martialled for supplying secrets to the Germans, including the Independent plans. This espionage influenced several tank designs from these countries, with the T-28 and T-35 in the Soviet Union and the Neubaufahrzeug in Germany.

The Independent was tested by War Office all the way until 1935, but it was a troublesome design. Most of the tests focused on its automotive performance, not even passing along to gunnery trials. The Independent was also used in a officer school for recommendations and examinations. The only model built, the prototype, was deemed worn out in 1935 as the War Office saw no need to spend more money on the design when other vehicles were being produced. They retired the Independent and sent the model to the Bovington Tank Museum, where it sits today for display.