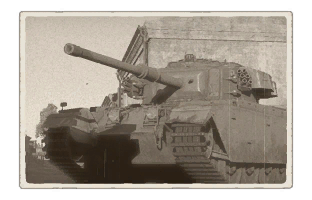 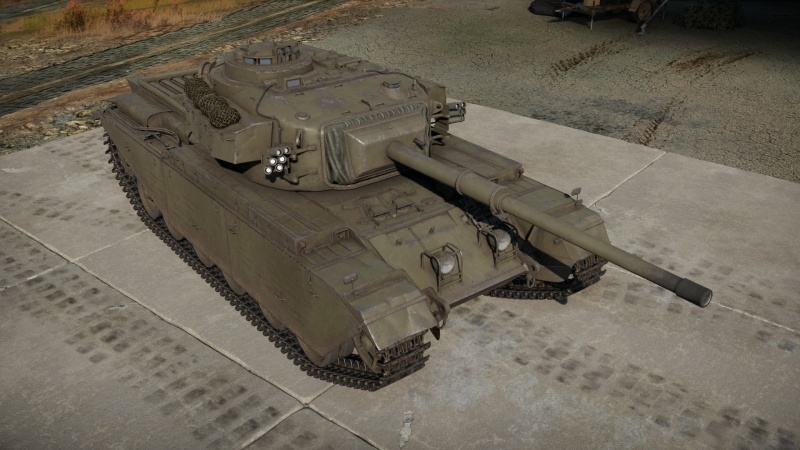 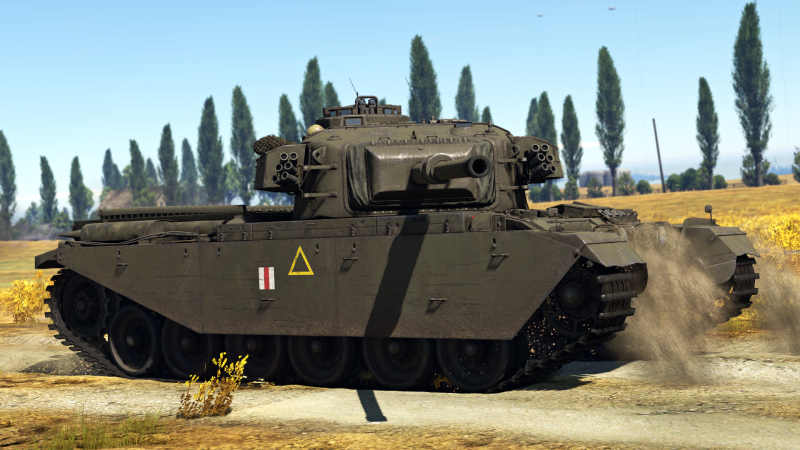 The Centurion Mk 10 is a rank V British medium tank with a battle rating of 7.7 (AB/RB/SB). It was released along with the entire British tree line in Update 1.55 "Royal Armour". An upgrade over the previous Centurion Mk 3, the Mk 10 boasts slightly better frontal armour and a more powerful 105 mm L7A1 gun, but remains a vulnerable target in the Rank V battles.

The Centurion Mk 10 has an additional upper front glacis plate compared to the preceding Mk 3. This reliably protects the glacis from penetration by commonly encountered full-bore AP rounds such as those fired by the 8.8 cm KwK43 L/71 or the 100 mm D-10. However, it will not protect against most APDS or HEAT rounds that may be encountered in up-tiers. The Mk 10's turret is identical to that on the Mk 3 except for the thicker gun mantlet; the mantlet can protect against carelessly aimed shots, but the flat turret face is vulnerable. 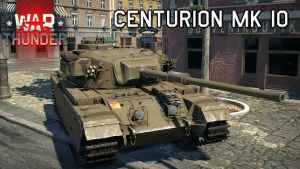 The Centurion Mk 10 has decent cross country mobility, but suffers from a low top speed thanks to its underpowered engine, especially compared to other medium tanks. It is capable of neutral steering, and is fairly manoeuvrable. 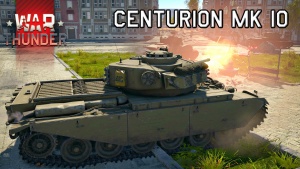 The Centurion Mk 10 is the first British tank to be equipped with the ubiquitous 105 mm L7 rifled gun. However, unlike other countries, the L7 was not issued with HEATFS ammunition in British service, and thus the only rounds available are APDS and HESH. Both are generally less reliably lethal than HEATFS, and require good knowledge of opposing tanks' weak spots and critical modules for best effect, making them harder to use. 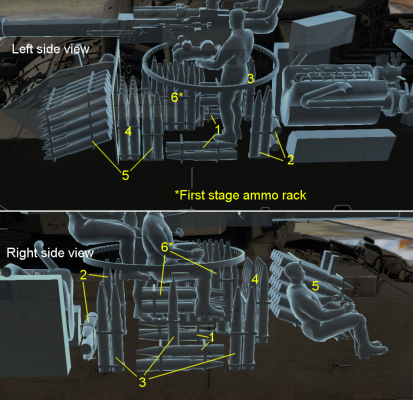 Ammo racks of the Centurion Mk 10

Note: The optics are mounted on top of the tank instead of coaxially. 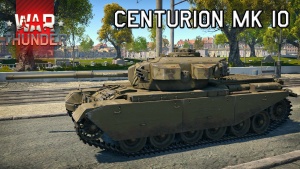