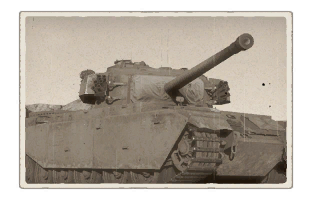 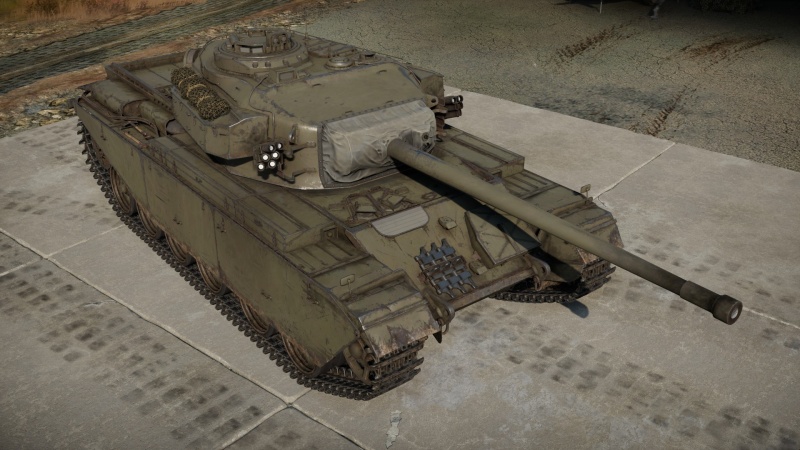 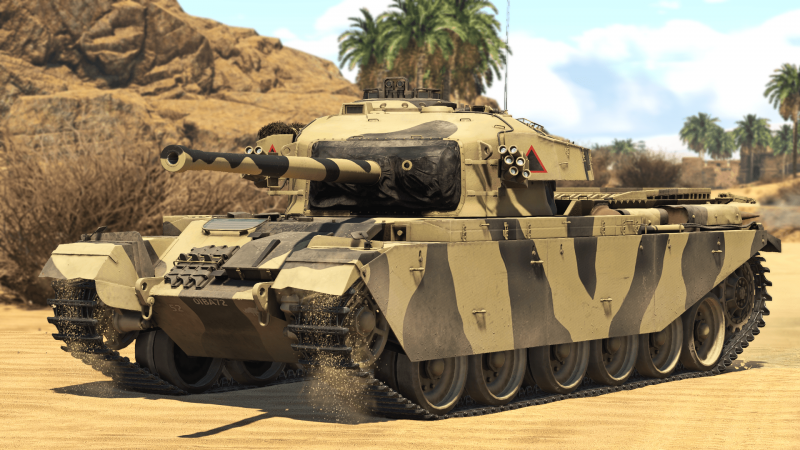 The Centurion Mk 3 is a rank IV British medium tank with a battle rating of 7.3 (AB/RB/SB). It was released along with the entire British tree line in Update 1.55 "Royal Armour". The Centurion boasts relatively strong sloped front armour, decent mobility, and a powerful 20-pounder cannon. 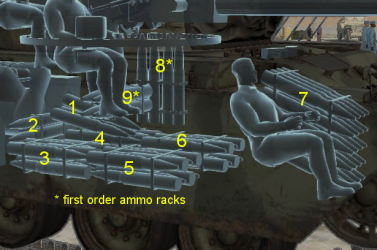 Ammo racks of the Centurion Mk 3

The Centurion Mk. 3 is an effective medium tank if played to its strengths. If one wants to keep it simple, just use the powerful gun to snipe from distance. More advanced tankers can utilize the not too impressive max speed (35 km/h / 22 mph) to move with this medium tank into the flanks of enemy tanks (close to the border of a map) and search for positions like hills and ridges where one can make use of the amazing -10° gun depression to hide the vulnerable lower plate of this tank. Once in such a position, one should use the binoculars to scout for enemies without exposing the turret. If an enemy tank is spotted that could be a potential threat (dangerous tank / faced towards you) pop out a little bit and start to take out the enemies gunner/cannon barrel/cannon breech to prevent him from returning fire. Now utilize the quick reload to take out one crew member after the other to finish your opponent. If an enemy is spotted who is exposing their side or even the rear while not aiming towards you, shoot the engine first to immobilize and possibly even ignite the enemy tank, preventing him to take cover. The next shots should again disable the gun of the enemy, now finish your prey by shooting all crew members or if you feel lucky shoot an ammo rack.

The best choice to pierce enemy tanks is obviously the Shot Mk.3 (APDS) although it does somewhat less damage after penetrating. The Shot Mk.1 (APCBC) works in most situations as well but lacks penetration compared to the Mk.3 APDS shot. The amazing penetration characteristics of this APDS shot enables this gun to pierce front plates of all Panther models (apart from the Panther II) to ranges up to 2,000 m. T-44s and Panther IIs front plates can be penetrated to ranges up to almost 1,000 m. Keep in mind though that the front plate of the T-44 is angled at 60°, so it bounces even this powerful APDS shot quite often. Even the front plate of the mighty Tiger II is not able to stop this APDS shot if not angled and the range is shorter than 100 m.

In a head to head situation with an enemy tank approaching try to angle the centurion not more than 5° degrees to either side since the side armour is quite weak (50.8 mm), try to hide your lower front plate which is a massive weak spot, while reloading turn the turret 10° to the right to maximize chances of bouncing shots (right side of the turret front has some extra armour) and keeping the gunner alive.

When rounding a corner, it is best to only expose your frontal armour. Approach the corner at an angle to prevent your enemies from seeing your sides. When angled, the upper front plate will be able to resist or bounce most shells. This, in combination with your stabilizer, will allow you to get the drop on unsuspecting enemies in urban settings.