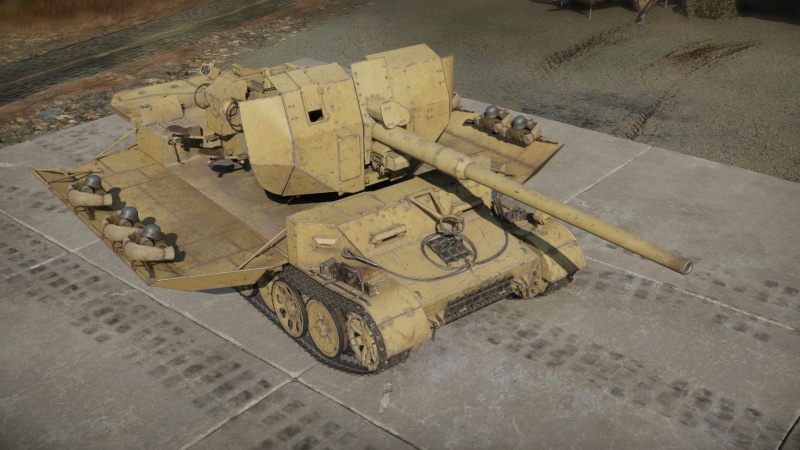 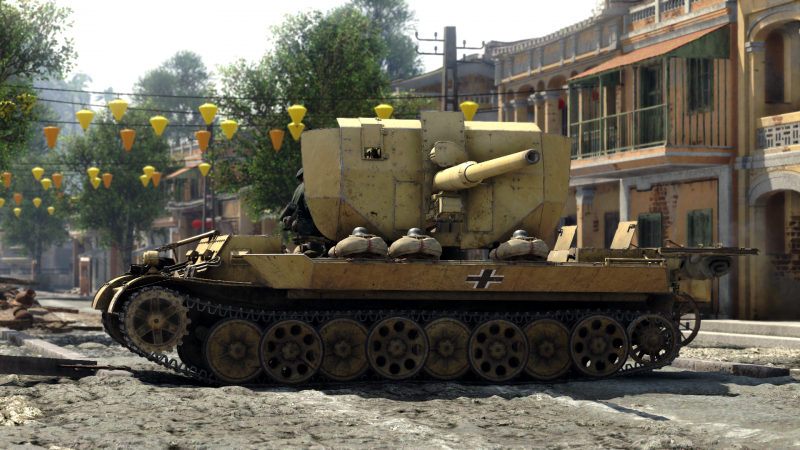 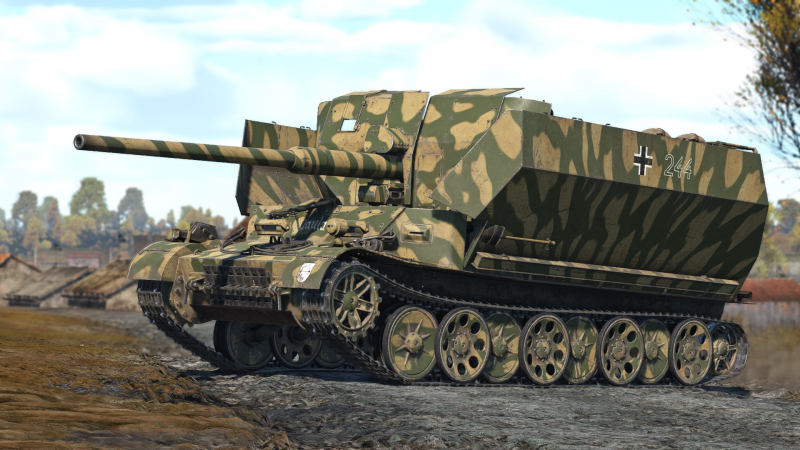 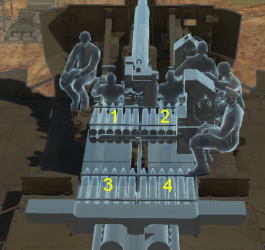 Because of its great cannon and non-existent armour, the VFW is best used as a glass cannon for long range engagements. Find a spot on a hill or slope and wait for targets. If use in urban area is unavoidable, choose the "side skirts down" mode. This makes the cannon more flexible and gives you a quicker reload time. Make sure to stay in cover, since with your side skirts down, you will be an easy target for planes and artillery.

The VFW was the first of several projects of the Krupp company to mount a heavy anti-air gun on a mobile armoured chassis. This initially developed version, which mounts the 8.8cm FlaK 41 cannon onto a heavily modified Panzer IV chassis, was created in 1944.