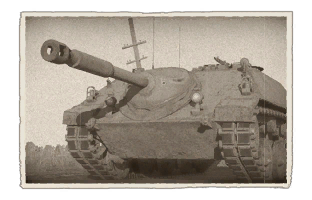 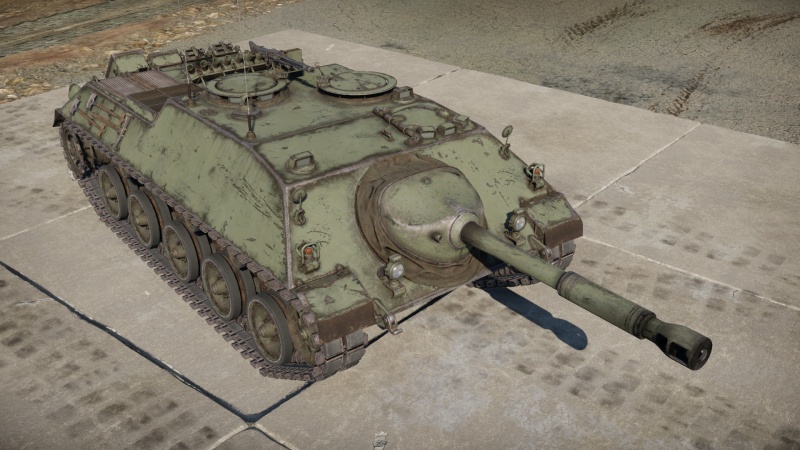 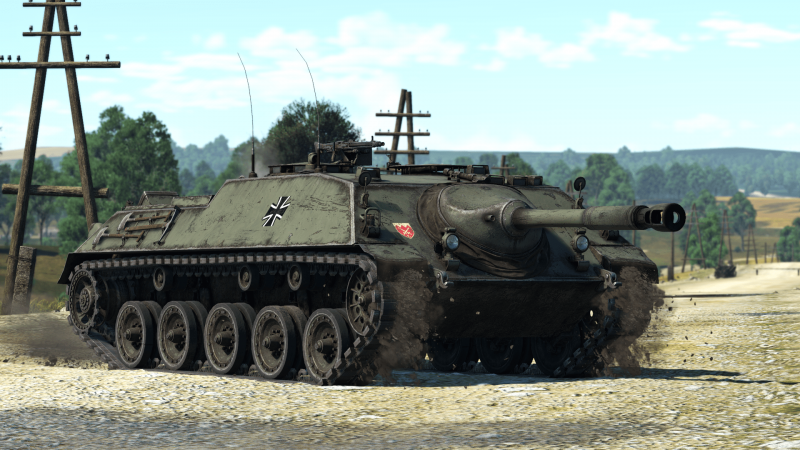 The Hanomag-Henschel JPz 4-5 or Kanonenjagdpanzer is a rank IV German tank destroyer with a battle rating of 6.3 (AB/RB/SB). It was introduced in Update 1.53 "Firestorm". Built on the Ru 251 chassis, the JPz 4-5 takes the design of the World War II Jagdpanzer IV to have a low profile in order to perform ambush duties against enemy tanks.

The JPz 4-5 is quite mobile for a tank destroyer due to its light weight, which means it can get into a sniping position early in the game and quickly change locations if spotted. The reverse speed is very good, cruising at -30/-20 km/h (AB/RB) in a heartbeat, and tops out around -51/-43 km/h.

The JPz 4-5 is equipped with a Rheinmetall 90 mm BK 90/L40 anti-tank gun. When the Soviets began deploying their T-64 and T-72 main battle tanks, the 90 mm gun was not capable of engaging them in long-range combat and at that point the Kanonenjagdpanzer 90 mm became obsolete, despite the claims from manufacturers that the JPz 4-5 could be rearmed with a 105 mm gun. Once you unlock the HEATFS round, the JPz 4-5's ability to take out enemies will greatly improve. 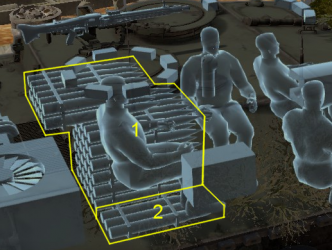 The Jagdpanzer 4-5 is a very hard tank destroyer to master. It shines with excellent mobility and in rate of fire but has some serious downsides as well, such as the lack of a turret and really poor armour all around. The thin armour of this tank leaves little space for mistakes. Know the map and flank your enemies making use your excellent mobility, but don't get too carried away. Use your great mobility to get a great sniping spot early game, rather than just rushing into a capture point, because if you do, you're most likely going to be in a close-combat fight with another tank at the capture point, and the JPz 4-5 isn't great in close quarters combat. When you first spawn, drive and find a flanking position that allows you to quickly drive into cover with your fast reverse gear if you make a mistake. Scan the environment for enemies and take them out one by one, but don't get too carried away with it, once you kill 2 or 3 enemy tanks get out of that area and find a different spot, because most players will be looking for you when they respawn in another tank or aircraft. In case of getting spotted get in cover as fast as possible and reposition or wait until your enemy makes a mistake, like driving out into the open or getting bored and pushing or firing their cannon.

The best way to engage the enemy in this tank is to "shoot and scoot" since this vehicle is literally a glass cannon, concealment and cover are the JPz 4-5's best friends. Don't just play the JPz 4-5 like an MBT and rush into the middle of the map, sure it's fun and you might get 1 or 2 kills but you won't survive very long. Play the JPz 4-5 like the M41 before it, use your speed to get a sniping spot and move from there.

Play it in a way that you're never spotted by the enemy, because if you're seen by the enemy you are already dead.