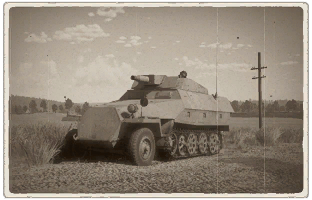 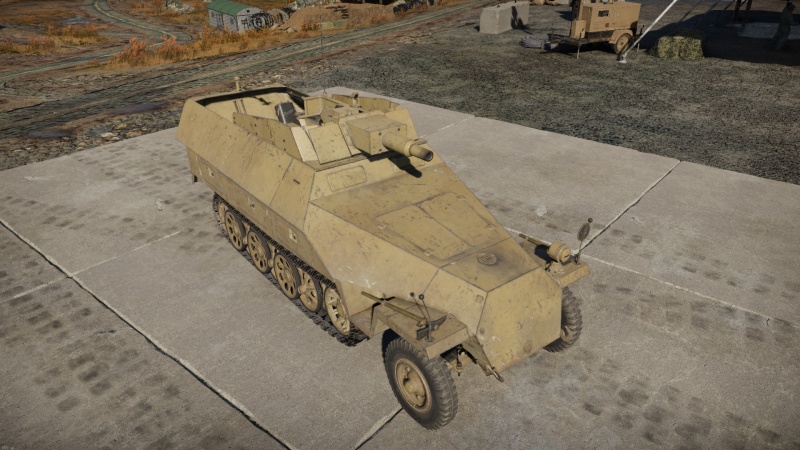 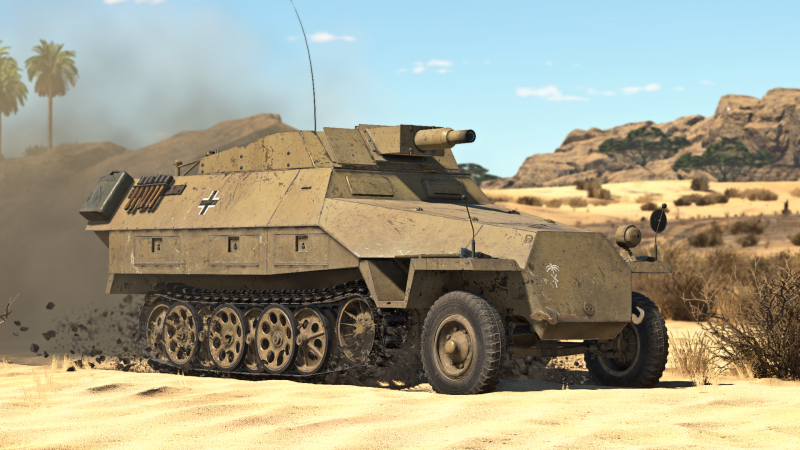 The armour protection of the vehicle is thin and ineffective against any tank cannon and even heavy machine guns.

The vehicle's mobility will take you wherever you need to go. Use it to be able to quickly reach and prepare a sniper/ambush position. Be careful when making sharp turns at maximum speed as the vehicle has a chance of tipping over.

The main gun of the Sd.Kfz.251/9 is the same howitzer that you will find on all Pz.IVs found before the F2 model. It gets access to the more capable Hl.Gr 38C round, which is very potent at its low BR, and comes in handy against heavily-armoured vehicles (e.g. B1 bis, 2C bis, etc.). The stock APCBC round has a potent explosive filler and a decent penetration for its BR, but do try to have a handful of HEAT rounds ready in case they are needed. One upside of the (relatively) large calibre of this BR is that you have access to a capable HE round, which will overpressurize lightly-armoured and open-topped vehicles, a useful thing in case SPAAGs shows up.

The available ammunition offers a wide range of shells to engage all types of targets: 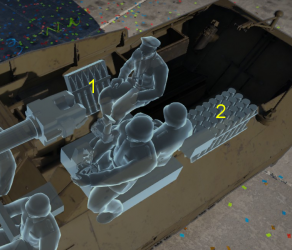