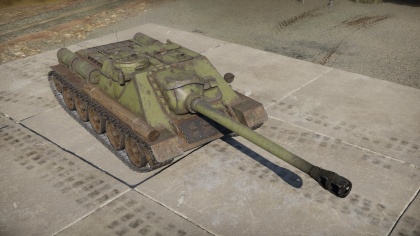 The SU-122P is a rank IV premium Soviet tank destroyer with a battle rating of 5.7 (AB/RB/SB).