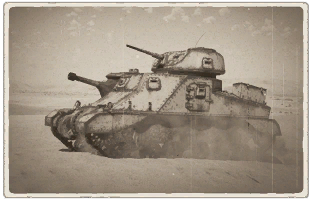 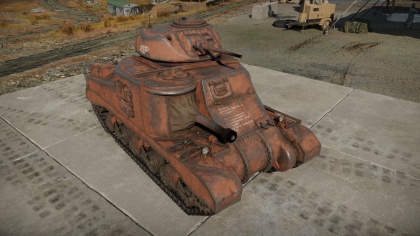 Due to the presence of two cannons, this tank is an excellent multi-role vehicle. You can play it as a brawler combining the agile 37mm gun with the high damage of the 75mm gun, but don't get too close, in fact the turreted gun has a bad depression and, combined with the high profile, tends to make close tanks difficult to hit. You can also play it as a tank destroyer using it from the second line. Note that you can assign a key to use only one of the two guns, with this method you can select as primary weapon the 75mm gun, allowing you to aim directly from it (and not from the point of view of the 37mm gun) and use the bullet drop indicator in arcade battles.

Being at BR 2.7, you have a possibility of facing long-barrelled Pz.Kpfw. III, and Pz.Kpfw. IV, as well as T-34s, and (rarely) the Chi-Nu II. The ZiS-30 is also very deadly, as its gun is competitive even at 5.7. Your 75mm gun can reliable penetrate all of these tanks at short range (save the T-34), whereas your 37mm will require some particular shot placement.